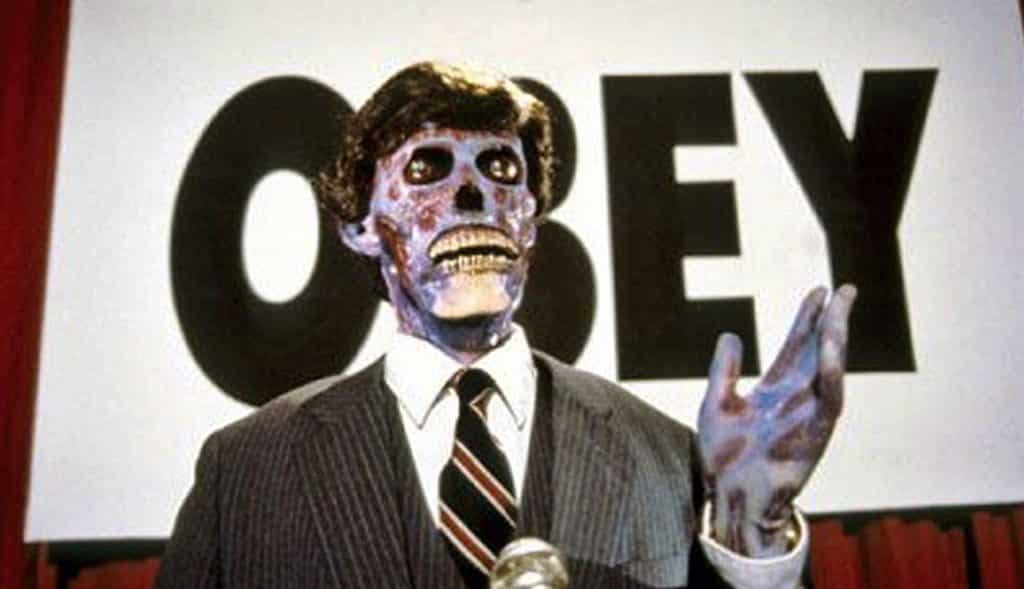 The new sequel to John Carpenter‘s classic 1978 slasher Halloween is being released very soon, and early reviews are looking pretty great. John Carpenter was involved in the new movie as executive producer and he also composed the score. Even though the film hasn’t been released yet, there are already talks of a sequel and more of the director’s old movies getting new installments. In a recent interview Carpenter discussed the new Halloween movie, and teased the possibility of new They Live and Prince of Darkness related material.

Speaking with Den of Geek, when asked about his initial thoughts on the credibility of the newest addition to the Halloween franchise, he said:

“It was pretty much all the same, until Jason Blum got together with me and talked with me, and he convinced me. He said, “They’re gonna make this movie, with or without us. So, why don’t we get together and get on board and help make it good?” Nobody ever put it that way to me, so I went, “Oh, okay. I can do that. That’s not hard at all.”

About his initial reaction to David Gordon Green and Danny McBride’s idea for the story, he said:

“He pitched me a story and I liked it. I thought, “That’s really unique.” Drop the first sequels, and let’s pick up as if it’s after the first movie’s taken place, years later, and the result of what’s happened. I thought, “God, that’s great.” So, that’s what happened.”

About the versatility of Michael Myers as a character, he said:

“That’s kind of the beauty of this thing. It’s an all-purpose killer. And he can be in any story. And the only other creature on the earth that is that flexible, as you say, is Godzilla. Godzilla was a defender, an attacker. He was a champion of the environment. He was an all-purpose monster, and so is Michael Myers.”

When asked about a possible refashioning of They Live, he responded:

“Well, I’m not gonna tell you about that, because it might be closer to reality than you think.”

Then, when asked about a Prince of Darkness TV project that he had recently discussed, Carpenter said:

“I might have done that, huh? You heard it from me. It’s not a lie, but it’s not ready to go yet, so rather than discuss it, I think I won’t.”

So, it looks like we can definitely look forward to more new material based on old favorites from John Carpenter. I can’t wait to see what he has in the pipeline.

Would you be interested in a new take on They Live or Prince of Darkness? Let us know in the comments!

Continue Reading
You may also like...
Related Topics:Halloween, Horror, John Carpenter, Prince of Darkness, They Live