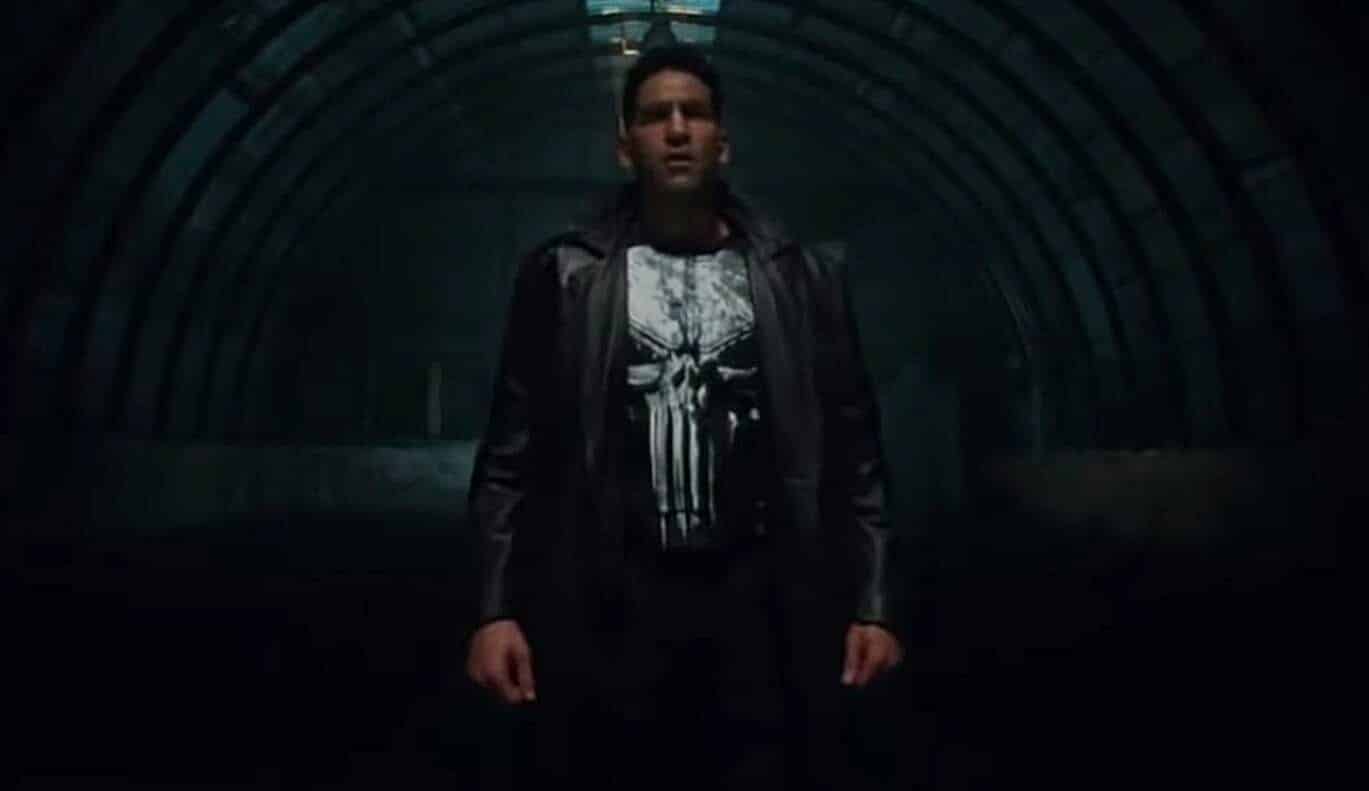 When it comes to the superhero genre in films and television, the producers have an extremely fine line to tow. They have to create a version of the character that not only does the original comic book property justice for the die hard fans, but also represent a character that appeals to the masses. A character that speaks to people who have never picked up a comic book in their life. This creates issues abound amongst true comic book geeks and uninformed critics. Arguably, one of the hardest characters to try and placate both sides of the spectrum would have to be the hard-nosed and brutal vigilante who sees justice as black and white, just like the skull that adorns his chest. I’m talking, of course, of The Punisher.

His ultra violent tendencies to snuff out villains permanently, rather than putting them in jail (only to escape again and continue their evil ways), is controversial even in the comics. But, in such tumultuous times as we live today, how do you bring such a character to the screen?

Netflix attempted just that. After 3 not-so-well received films for the character, Netflix brought the character into their Marvel series, Daredevil, during its second season. And, fans loved this interpretation so much that Netflix ordered his own series. The first season of The Punisher received rave reviews, with comic book fans loving this take on the characters, and new fans gravitating to the brutal anti-hero.

But, there are some who are firstly very uninformed on the character and his mechanics as well as feel the need to turn everything single moment into some kind of political debate. And now that that second season is available on the streaming service, some critics, who are not actual fans of the comic book, have decided to damnify the series because it didn’t fit into their own personal ideals.

Enter Carol Siede, a self professed superhero movie lover, and a contributor to AV Club. She has recapped each episode of the second season of The Punisher. It’s her review of the final episode, in particular, that is launching this discussion. For those of you who haven’t seen the show yet, know now that spoilers abound are to follow.

In the review of the episode, and of the series as a whole, Siede totally misses who The Punisher is and what he represents. Her biggest disappointment is that Frank Castle embraces his vigilante ways, rather than giving them up, like he seemingly did at the end of season 1. And, the final scene in particular was too ridiculous and “comic book-y”.

Hmm, a show about a comic book hero being too comic book-y? Really? But, its the fact that she turns her disdain for the ending into a race issue that has me perturbed. Because he takes out two gangs, “many of who are of color”, it’s suddenly a racist moment. She felt that he should have killed a group of all white Neo-Nazis instead.

Look, I don’t come to The Punisher for nuanced explorations of identity politics, but if the show wanted to end its series on a note of action fun, the least it could do is not center that moment on Frank Castle murdering a bunch of young gang members, many of whom are people of color.

That’s one of two moments that felt jarringly off in this finale. The other is when Frank murders Eliza and then tells Anderson, “I was gonna come in here with two bullets and give you a choice, but looks like your bitch wife made hers.” The murder itself is well within Frank’s purview, but the cruelly tossed off “bitch wife” line feels like something from a MAGA-inspired version of this character, not the one we’ve been watching.

Perhaps those just seem like unfairly tiny nitpicks, but given the razor thin tightrope this show walks when it comes to defining Frank’s morality, I think it’s more than fair to hold it accountable for the small choices it makes. A lot of people spent a lot of time casting those gang members, designing their outfits, and writing their lines. That no one flagged the potentially problematic imagery (and just the general callousness of the whole thing) makes me wonder if I’ve been giving this series way too much credit for its emotional intelligence. And, hey, if the show wanted to end with some dumb fun murder featuring unquestionably evil victims, how about having Frank take out a gang of neo-Nazi white supremacists—a concept this season engaged with so superficially it might as well not have been there at all.

But why? While one of the villains of the film, John Pilgrim, was a former Neo-Nazi himself, the show does not really have them involved at all. Plus, this final scene was not a tie up of the whole series, but rather a view into Punisher’s future as the anti-hero vigilante with aggressive tendencies. Is the scene over the top? Of course! But, its a comic book show! It’s supposed to be!

Another issue here is Siede’s insistence that this show have some sort of higher political agenda, rather than just being, as she says several times, “a dumb show”. See, it’s extremist, black-or-white, ideas like this that are a problem. Just because the series doesn’t discuss some over arching political or societal issue, that doesn’t make it a mindless, idiotic show. These shows are a form of escapism, creating entertaining and dynamic characters that people enjoy. That’s not dumb.

We need to stop making everything so “profound” and “making a statement”. Not every single show has to make statement about today’s problems. The Punisher is a man of justice, looking to stamp out criminals permanently. Period. This is not an Anti-Trump thing. This is not a Gun Issue thing. This is not a Race thing. It’s simply a comic book hero brought to life thing. 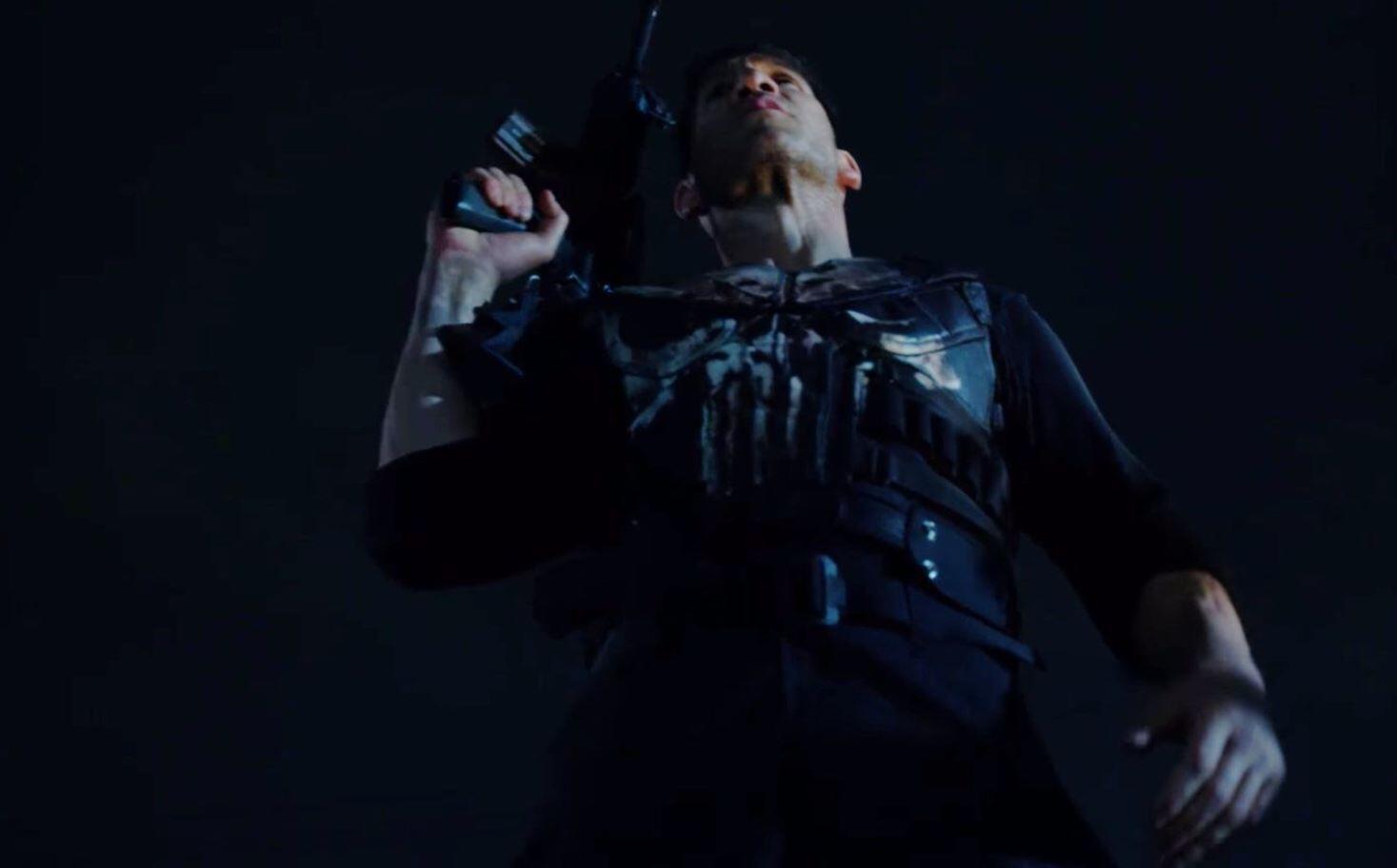 To further understand that Siede looked to make a political statement of this review rather than focusing on the show as just a show, she makes a rather bizarre accusation of the Punisher having a “Pro-Trump” moment. When he kills Eliza, then tells Anderson that his “bitch wife” already made the choice, Siede insists that this is a MAGA inspired moment.

What? Because of two words, both rather fitting of the character in which he speaks of, and suddenly is a “MAGA” thing? This makes zero sense. That is such a reach, I don’t even know where to begin. That’s like saying, “the character mentioned growing a mustache, which is obviously a nod to Adolf Hitler”. Really? Come on, now. This makes a rather intelligent sounding person sounds really dumb.

Now, there are actually many things I agree with in her review. I, for one, have not been a fan of this season. Many characters felt contrived and unnecessary. Frank Castle’s randomness to allow some criminals to live, a sort of sporadic “morality”, makes no sense. And, as a true comic book fan, the depiction of Jigsaw this season was a huge let down.

Jigsaw was meant to represent a moment of this “morality”, where he let Billy Russo live, and it comes back to bite him in the ass. This would solidify the Punisher’s resolve to kill criminals once and for all, rather than letting some live. They fell quite flat on this opportunity.

Also, Jigsaw is a complex character in the comics, and this representation bastardized the character as a whole. 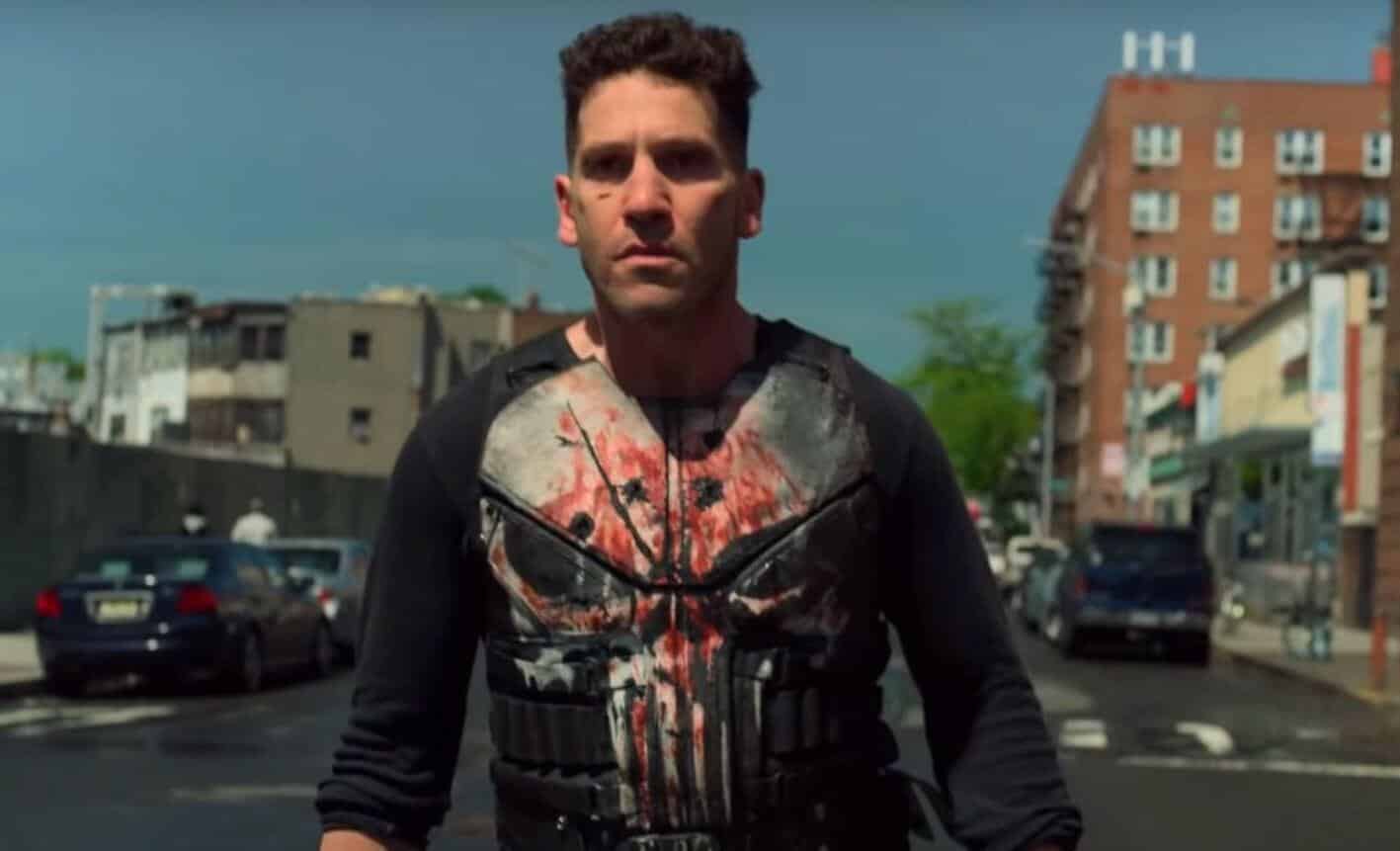 In the end, these so called “fan” critics, who say the like comic book movies, but then make their own ideals as the end all, be all for a “good and smart show”, rather than a show properly representing an already established character, is just asinine. You can be a fan of the movies and shows without reading the comics, but don’t try and break down the character without the proper knowledge if its extensive past. These films and series are meant to reach both sets of fans, not just your little niche that you feel is the most important. And that’s how this critique comes off.

So, no, this final scene was not at all racist. He didn’t kill JUST black men, or JUST Hispanic men. He killed both gangs, which were diverse in their ethnicity. To complain that the production team had months to plan and still made it racist is one of the stupidest things I’ve ever read. There were all races in those gangs! How is it racist?! And to accuse the production team of racism, at worst, and ignorance, at best, is not only rude, but just plain wrong.

Listen, people, stop with all this “Let’s make everything political!” crap. The world is a scary place right now. These shows and movies are meant to be forms of escapism, and putting these undo pressures on shows to “make a statement” is not only ludicrous, but just plain idiotic. So stop it, pop some popcorn, and enjoy the show.

The Punisher Season 2 is currently streaming on Netflix.