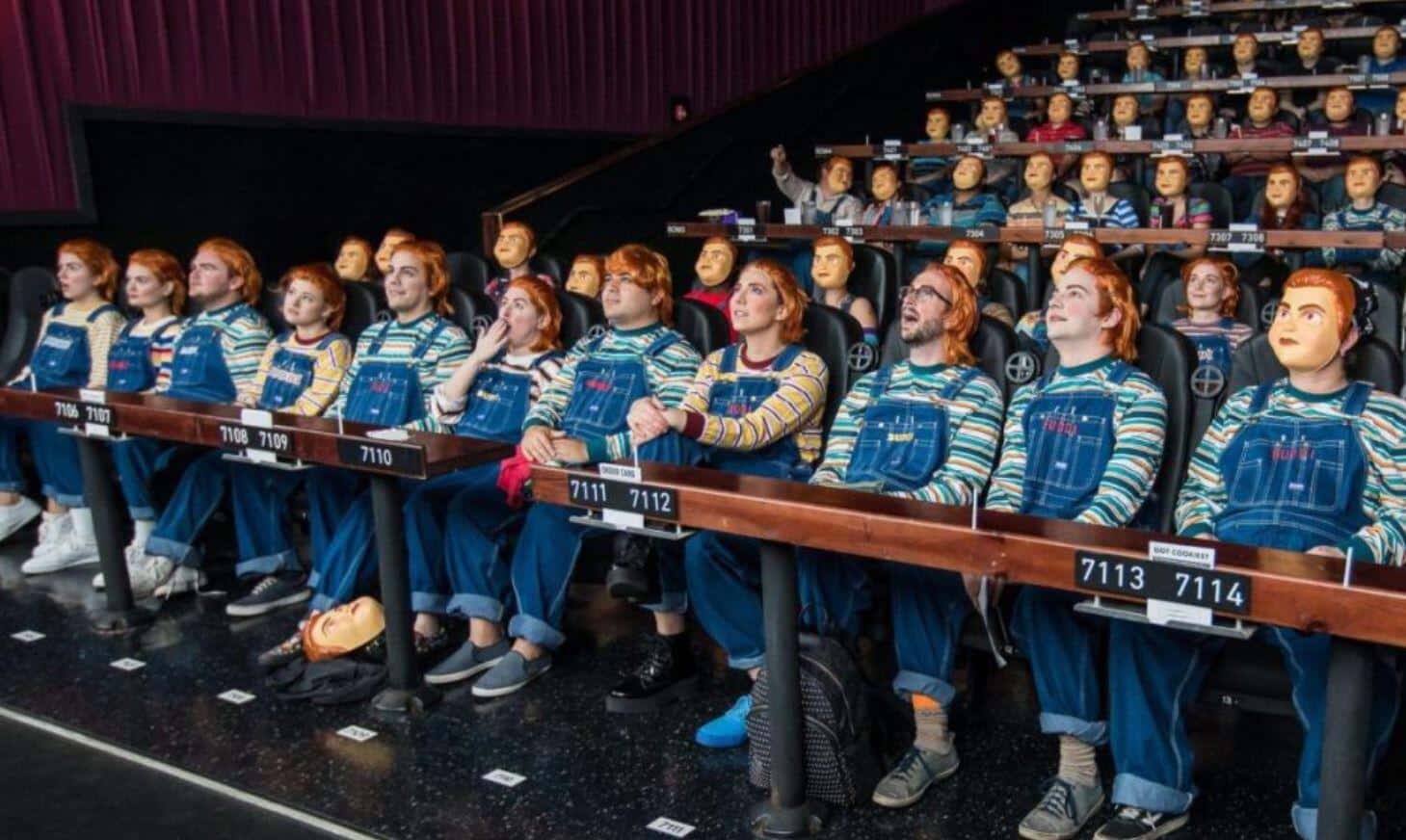 Orion Picture’s Child’s Play reimagining was released in theatres today, but into the run up to the release the production company held a special advanced screening event. On Wednesday there was an advanced screening for ‘Chucky Only.’ This saw a clan of fans and cosplayers dressed as the evil doll turn up to experience the new story before the masses.

Bloody Disgusting‘s Trace Thurman and Meagan Navarro were in attendance at the event and they shared their experience at the screening, which was held at the South Lamar Alamo Drafthouse in Austin, Texas. Other unfortunate moviegoers were spooked by the group of man-size dolls flocking to the theatre, they reported: “Prior to the screening, the cosplayers proceeded to freak out theatergoers who were not there to watch Child’s Play, giving everyone quite a scare.”

Well, this is just too cool not to share!

The @alamodrafthouse in Austin, TX held a special screening of @ChildsPlayMovie and packed it full of Chucky cosplayers!

Those partaking in the event sported the signature stripy shirt and overalls that are synonymous with the doll. Those that didn’t have their hair and make-up done by Hilary Whitworth were provided eerie Chucky masks.

The Child’s Play reboot gives our infamous doll a new look and new origin story. Contrasting to the story we are used to, being that the Chucky doll is possessed by the spirit of a serial killer, the new and more technologically advanced doll has had its safety measures disabled. Mark Hamill is the voice behind this incarnation of Chucky.

Early critic reviews for the movie are a lot more positive than i had expected, the reimagining currently has a 68% score on Rotten Tomatoes which is fairly impressive. Generally though, it would seem that the film wasn’t as scary as some people had hoped for, but story-wise it would seem that people weren’t as put off by the new look and origin than i had assumed would be the case.

Are you going to watch the new Child’s Play? Let us know in the comments!