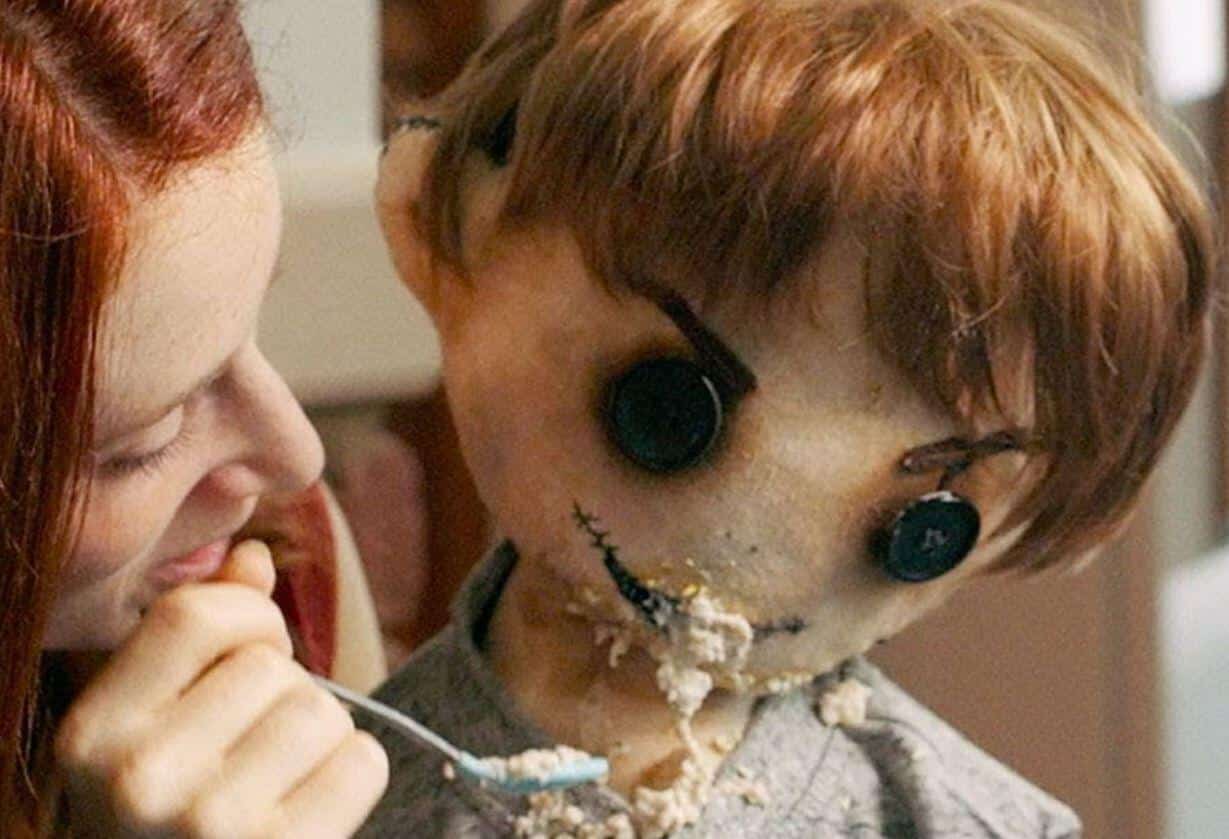 For horror fans it is certainly the summer of the dolls. Orion’s new Child’s Play reimagining has just been released and we also have a new instalment of the Annabelle franchise, and a sequel to The Boy coming soon. Now, we bring you a super creepy and unsettling short horror movie involving a grieving mother and a miracle doll that comes with big consequences. You can watch The Dollmaker, that was released in 2017, below:

A young couple, Rick and Jenna, fall into desperation and heartbreak after losing their four year old son, Tim. Reaching to their last hope and darkest, most twisted option, they contact The Dollmaker, an unnerving character who specializes in making dolls of deceased loved ones. Crude imitations that appear to come to life when touched. He promises to make what they want a disorientated reality, but every gift has a catch, and even though Rick has an unsettling feeling about this arrangement, the couple will find themselves trapped in this never-ending nightmare.

One can’t live in a fantasy, or can they?

This is definitely one of the best doll-centred horror stories i have seen, and one of the best short movies i have seen. It is one of a few horror shorts that don’t rely on cheap jump scares, and of the few it is one of the even fewer that has a really interesting plot with a decent and troubling twist. The Dollmaker engaged me more than most feature horrors that have been released in the last few years and definitely goes to show that you do not need a big budget, nor 120 minutes to make people feel things. Although it doesn’t scare abruptly, the story and its message stays with you long after the video ends.

The director of the award winning short is Alan Lougher, who directed the story written by Matias Caruso. Starring are Perri Lauren as Jenna, Sean Meehan as Rick, Tony Hutaj as Tim and Dan Berkey as The Dollmaker.

What did you think of The Dollmaker? Let us know in the comments!

Continue Reading
You may also like...
Related Topics:Horror, short film, the dollmaker