The next movie based in The Conjuring Cinematic Universe is coming and it’s also the third installment of the Annabelle franchise in Annabelle Comes Home. The Creepy doll has captured audiences since her first appearance in The Conjuring series. Now, a few new photos from the upcoming movie have been shared that show off the infamous doll and The Warrens.

Patrick Wilson and Vera Farmiga reprise their roles as The Warrens although this is the first time they will be playing the roles in one of the spin-offs. They will be appearing alongside Mckenna Grace, Madison Iseman and Katie Sarife. As well as several pictures of Annabelle and the other cast members, a snapshot is also shared of James Wan on the set of the movie. 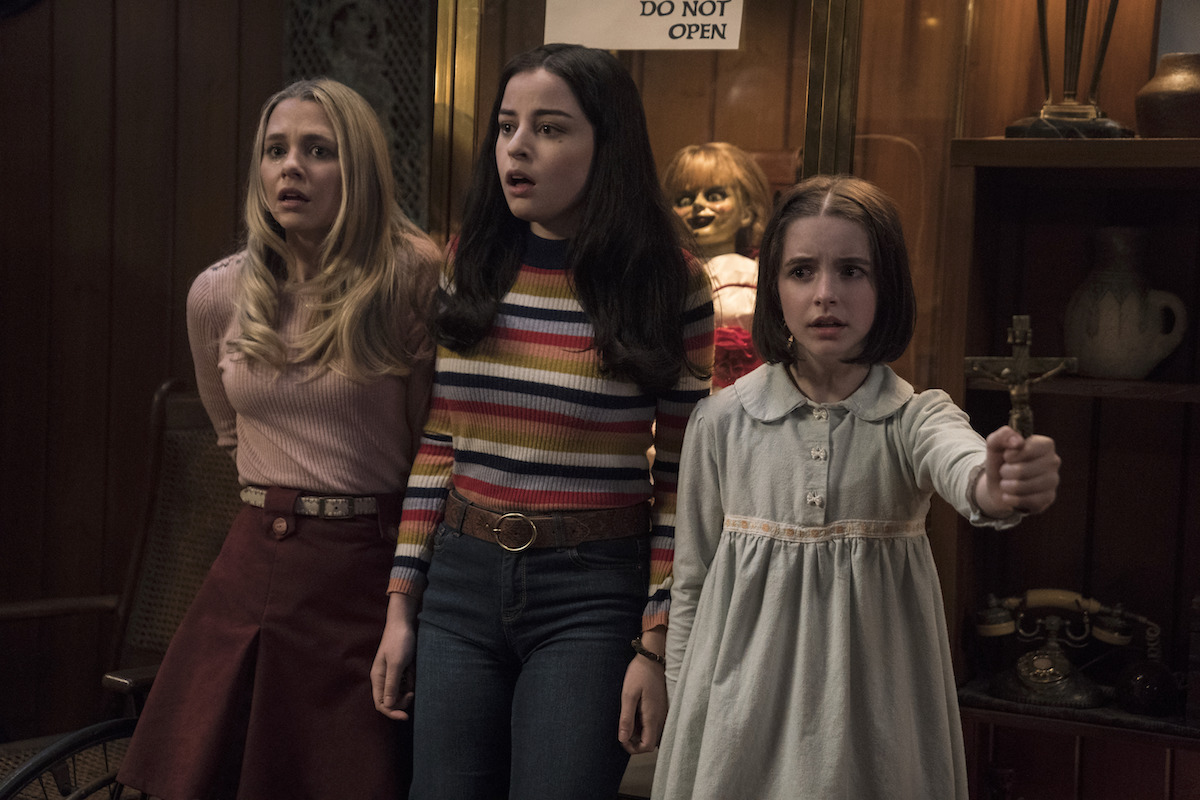 Determined to keep Annabelle from wreaking more havoc, paranormal investigators Ed and Lorraine Warren lock the possessed doll in the artifacts room in their house. But when the doll awakens the room’s evil spirits, it soon becomes an unholy night of terror for the couple’s 10-year-old daughter, her friends and their young baby sitter.

The first movie in the Annabelle series did not perform well with critics, but Annabelle: Creation did a lot better, receiving a 70% score on Rotten Tomatoes. If things keep going like this its possible that Annabelle Comes Home just might out-perform reviews for The Conjuring movies that birthed the franchise in the first place.

Of course, it’s also possible that things go the other way and the response from viewers mirrors that of the first movie, but I don’t see that happening. The Conjuring Universe and all of the stories therein just seem to be getting more and more popular, this horror cinematic universe is expanding and I don’t see it slowing down anytime soon.

What do you think of the new images? Let us know in the comments!