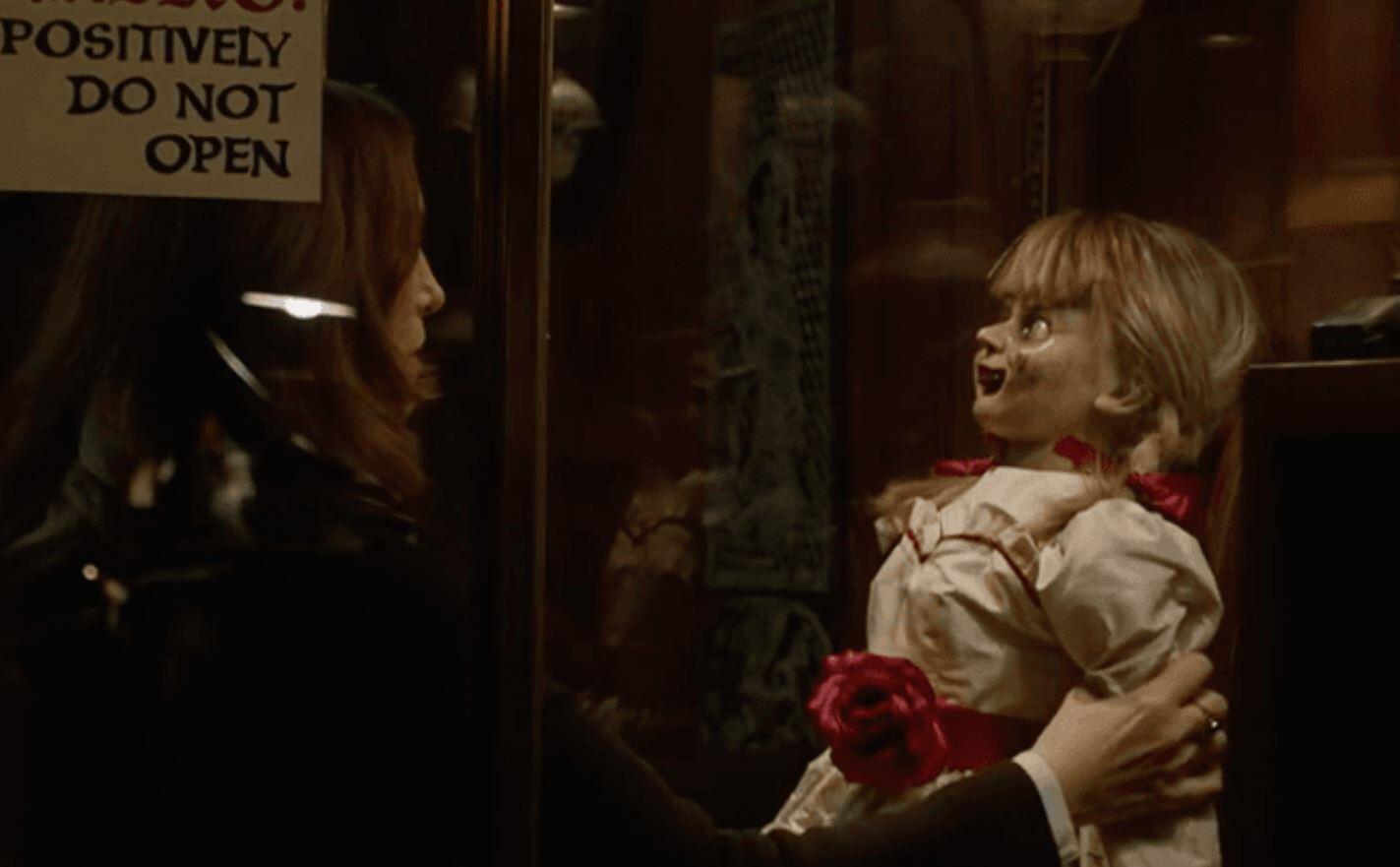 The Conjuring movies birthed a couple of popular spin-off characters, arguably the most recognisable of which is the doll Annabelle. Following her initial appearance in The Conjuring she then went on to get a franchise of her own and the third movie is on its way. Annabelle Comes Home is set for release in June ahead on the third instalment on The Conjuring series in 2020. Now, the rating for the movie has been confirmed.

Annabelle Comes Home has been, unsurprisingly, rated R for “horror violence & terror.” In the movie:

Determined to keep Annabelle from wreaking more havoc, demonologists Ed and Lorraine Warren bring the possessed doll to the locked artifacts room in their home, placing her ‘safely’ behind sacred glass and enlisting a priest’s holy blessing, but an unholy night of horror awaits as Annabelle awakens the evil spirits in the room, who all set their sights on a new target – the Warrens’ ten-year-old daughter, Judy, and her friends.

Patrick Wilson and Vera Farmiga are reprising their roles as Ed and Lorraine Warren although their characters will not be at the forefront of the story. The Warren’s daughter Judy will be played by Mckenna Grace taking over from Sterling Jerins who played the role previously. Madison Iseman will star as the cousin and babysitter, Mary Ellen and Katie Sarife will be her friend, Daniela.

“It finally comes to the Warren’s home so by the very nature of it actually being in the home and the story takes place in the Warren’s home, it feels more like a Conjuring film in that respect.”

The Conjuring movies and their spin-offs have made an impressive horror universe and despite some movies with some less than impressive ratings, fans are always eager for the next instalment of the storylines. It will be interesting to see what happens in the next chapter of Annabelle‘s story.

Are you looking forward to Annabelle Comes Home? Let us know in the comments!