We are not even a month out from the epic Marvel Studios Hall H Panel from Sand Diego Comi-Con, where they announced the Marvel Cinematic Universe Phase 4 line up, and the rumors are already pouring in. From interesting, albeit confusing, possible casting news to potential plot leaks for a particular Disney+ series, and even a crazy rumor involving a certain Merc, the snowball is currently rolling downhill at a great rate of speed. Today’s Doctor Strange 2 rumor is no exception. But, I will preface this by saying that the original site and the source they claim are both known for gregarious claims that tend to not always be true, so take the following information with the same level of credibility as gas station sushi on a hot, summer’s day.

We Got This Covered is reporting that Lords of the Long Box (who were recently terminated from YouTube and have since relaunched their brand) have reached out to them directly to inform them of a possible plot point in the upcoming Doctor Strange in the Multiverse of Madness. They say that Quicksilver will be making a return to the MCU in this film. As fans recall, Quicksilver sacrificed himself to save Hawkeye and a young boy in Avengers: Age of Ultron. Marvel choose this route due to Fox bringing forth their own version of the character in the X-Men movies.

Petro Maximoff’s twin sister, Wanda, has gone onto great things in the MCU, but her appearance in the Sorcerer Supreme’s sequel may take a very dark turn. Could her brother’s return, in some capacity, help push her over the edge? 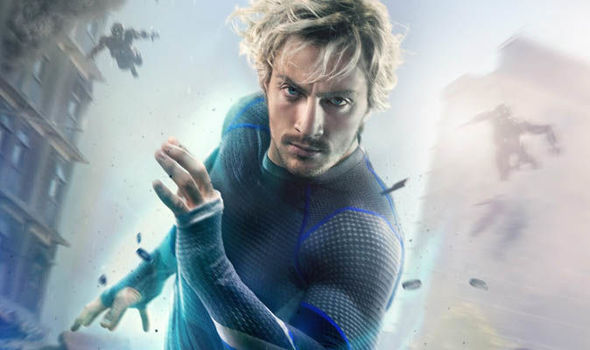 It is unclear what exact version of Quicksilver we will get, or if Aaron Taylor-Johnson will reprise the role or not. But, if the previous rumor of Wanda losing her mind a bit and being a villain for at least part of the film is true, main villain Nightmare could use her brother as a tool to kick her over the ledge of sanity. But, again, take all of this with a massive grain of salt until some more concrete information comes forward.

Do you want to see Quicksilver return in some capacity to the MCU in Doctor Strange 2? Let us know in the comments below!