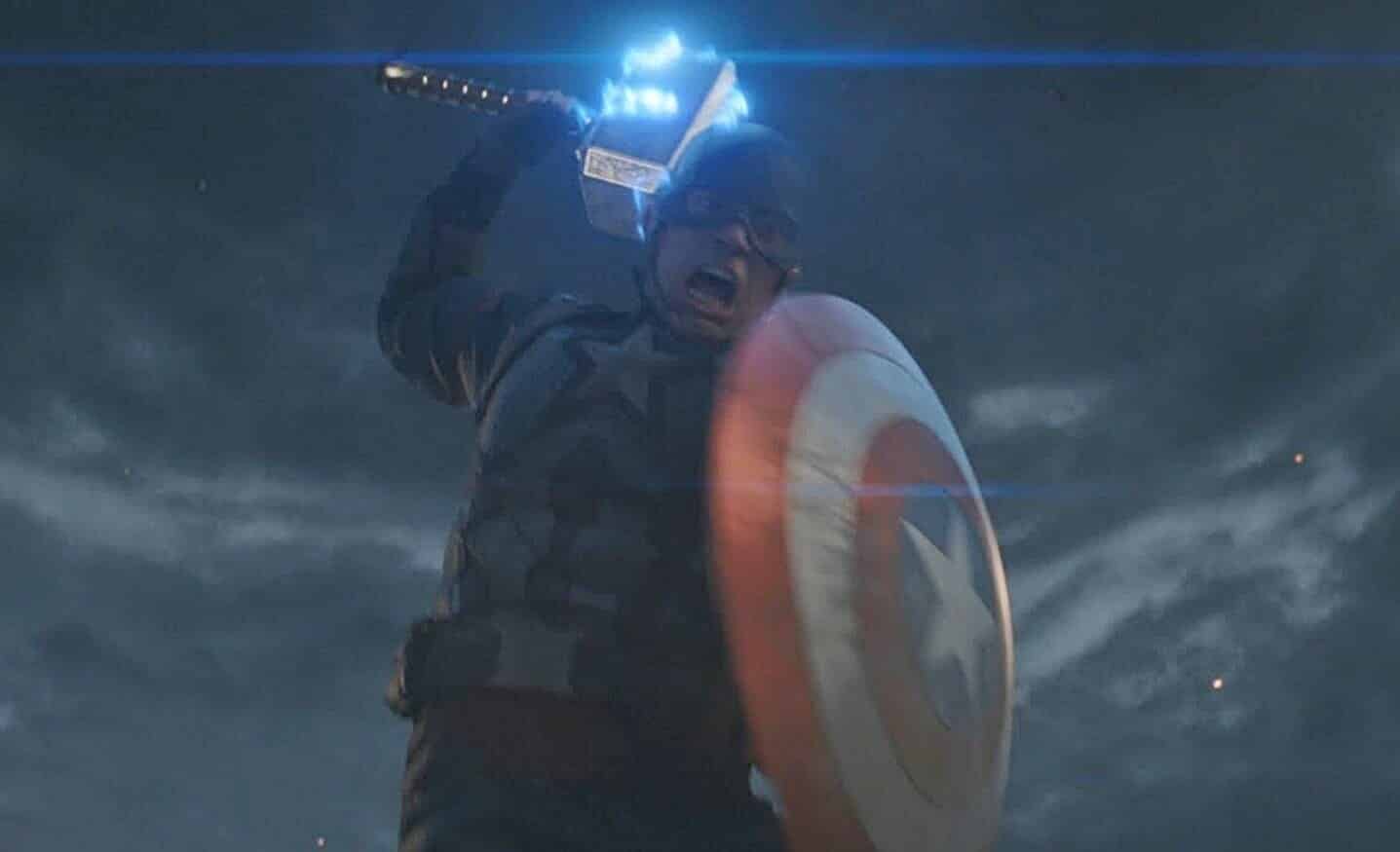 Avengers: Endgame has been available on home release for some time now. Since then, fans have taken to the Reddit boards and sharing their discoveries upon rewatch. There’s a hiccup in Cap’s fight with Obsidian Cull. Another hiccup with Giant-Man. And another observation of how brutal Giant Man’s tactics are. Now, another Reddit user has pointed out Captain America’s lesson he learned from Thor’s mistakes.

I always get a kick out of these Reddit names. This post comes from u/Uneeda-Slap. The fan pointed out that, once Cap acquired Mjolnir, he made sure to get at Thanos’s head whenever he could.

I just realized that Captain America always aimed for the head when fighting Thanos, and made enough damage to force Thanos to take his helmet off. from marvelstudios

Our heroes thought they had Thanos beat at the end of Avengers: Infinity War. Thor struck his axe, Stormbreaker, through the Mad Titan’s chest. But the villain utilized the Time Stone and reversed his defeat. Then he teased Thor by telling him he should have gone for the head. When Avengers: Endgame picked back up, the team paid Thanos a home visit. The Thunder God took the advice this time. But that was only a few minutes into the movie. Obviously, they hadn’t seen the last of Thanos yet.

And so, as Uneeda-Slap has pointed out, Cap tries the advice out for himself. When wrestling around with Thanos, he attempts every blow as a headshot. At one point, he even manages to knock his helmet off. The same tactic used whenever a battle ensues with Juggernaut.

It took a time or two to really defeat Thanos. The same was with Ultron in the comics. Sadly, we only saw the evil robot in one movie. Though it took Thanos two movies to take him down (and that’s after several appearances teasing the guy), I’m sad to see him go. Is it bad that I always root for the villain? There’s still traces of Thanos still out there, as his derelict ship was left floating in space. But contrary to the comics, I suppose the films need to move on to another threat. Perhaps, we could see Kang the Conquerer down the line.

Avengers: Endgame is available on Digital and Blu-Ray now. And so is the MCU’s following movie, Spider-Man: Far From Home. There have been whispers of a fifth Avengers movie. But in the meantime, we’ll settle with Black Widow, Eternals, Falcon and the Winter Soldier, WandaVision, Shang-Chi and the Legend of the Ten Rings, Doctor Strange in the Multiverse of Madness, Spider-Man 3, Loki, What If, and Thor: Love and Thunder. For news on those projects, and what else the MCU has in store, keep your eyes glued to Screen Geek.