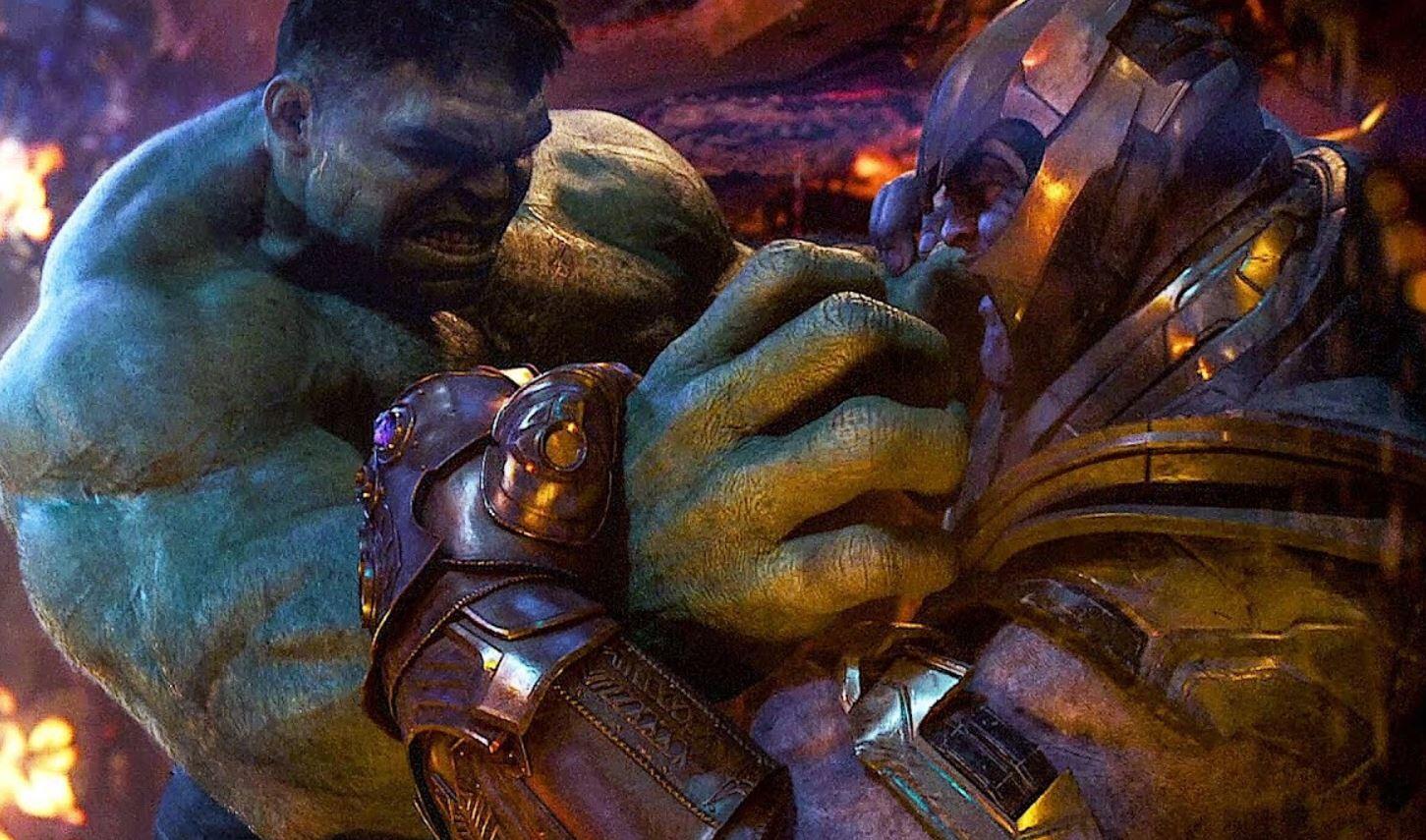 Thanos and the Black Order halted the Asgardian ship in its tracks. This opening sequence of Avengers: Infinity War delivered several blows. Thanos killed both Loki and Heimdall. Hulk tried to go toe-to-toe with the Mad Titan. But he got his butt whipped. Therefore, he sat the rest of the movie out. And Banner had to fight using Iron Man’s Hulkbuster suit. Then, by the five-year-jump in Avengers: Endgame, Banner and Hulk combined bodies. Thus, Smart Hulk or Professor Hulk was born. Since Hulk’s mind was replaced with Banner’s, he never sought that sweet revenge. But concept art shows what that would have looked like.

Avengers: Endgame – The Art of the Movie has provided the internet with different looks of the film. We reported on several of them so far. There’s concept art of baby Thanos. There’s an alternate scene in which Tony Stark survived. There’s even a scene that involves Thor, Rocket, and Jane. Now, ComicBook.com has uncovered a piece that illustrates the Hulk vs Thanos rematch.

You can almost see the action with this piece. Hulk delivers an uppercut to Thanos’s wrinkly chin. I bet you can just picture the jade giant wind-up and knock the Mad Titan right in the jaw. You can hear the crack as Thanos flips head over feet.

Sadly, we never got to witness this glorious scene. Instead, we had the battle royal of Iron Man, Thor, and Captain America against Thanos. Which was equally satisfying. That is where we received the euphoric moment of Cap lifting Mjolnir.

We may never get to see the rematch. But we might get to witness another grudge match between Hulk and another one of his rivals. Actor, Mark Ruffalo, pitched a Hulk vs Wolverine movie to Kevin Feige recently. Hopefully, the Marvel master obliges. Fans have wanted to see this showdown in live-action ever since Logan made his first appearance in the pages of The Incredible Hulk.

Ruffalo may also reprise his role in the upcoming Disney Plus series, She-Hulk. There is no release date for that yet. But Screen Geek will let you know when we receive the news on that as well as confirmation on the Hulk vs Wolverine flick. Keep reading for that as well as other nuggets from the MCU.

Rumor: Doctor Doom Will Be The Villain Of ‘Black Panther 2’
Jason Voorhees Wins In Michael Myers Vs. Jason Voorhees Poll
Advertisement
To Top