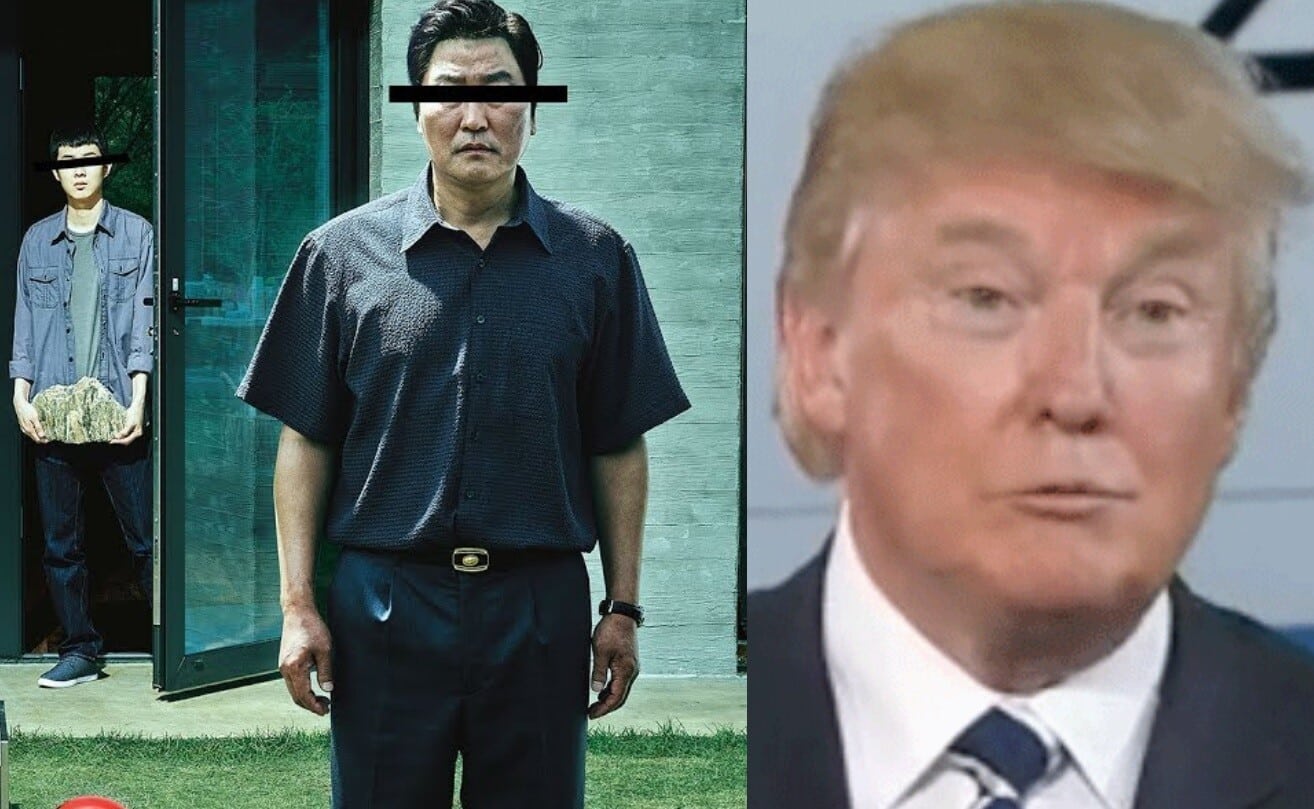 While Oscar season has become tiresome with its banal predictability and a similar selection of films, this year’s ceremony had a genuine surprise when Bong Joon-ho’s Parasite took home the Best Picture prize along with three other awards, making it the first international film to win the top prize. While many film fans celebrated the film’s success (I reviewed it back in November and loved every minute of it), some have been critical of the Academy’s choice.

Leading the critical charge is President Donald Trump, who questioned its win in a recent rally saying “And the winner is a movie from South Korea! What the hell was that all about?” Parasite’s distributor Neon responded in their own creative way on Twitter:

Without delving into the political sphere on this matter, Neon’s response was a funny way to combat this common criticism that Parasite has garnered after its Best Picture win. Frankly, I think people raging about an international film winning the Oscars is fairly ignorant, as they assume the Oscar’s are awards strictly held to celebrate American film (it would be like complaining that an American film like Joker won the Venice Film Festival). Last year’s Roma was a Spanish-language film that won the Best Director prize, showing the Academy is slowly but surely recognizing a broader net of projects.

As for Neon, they are quickly developing into one of the most prominent independent studios in the business. Projects like Beach Bum, Vox Lux, and Ingrid Goes West have been some of my favorite films of the last few years, showing the studio’s eye for boldly creative projects. If they can have more big hits like Parasite (which just earned 200 million worldwide), they will have a bright future ahead of them.

Were you happy that Parasite won Best Picture? Let us know in the comments!