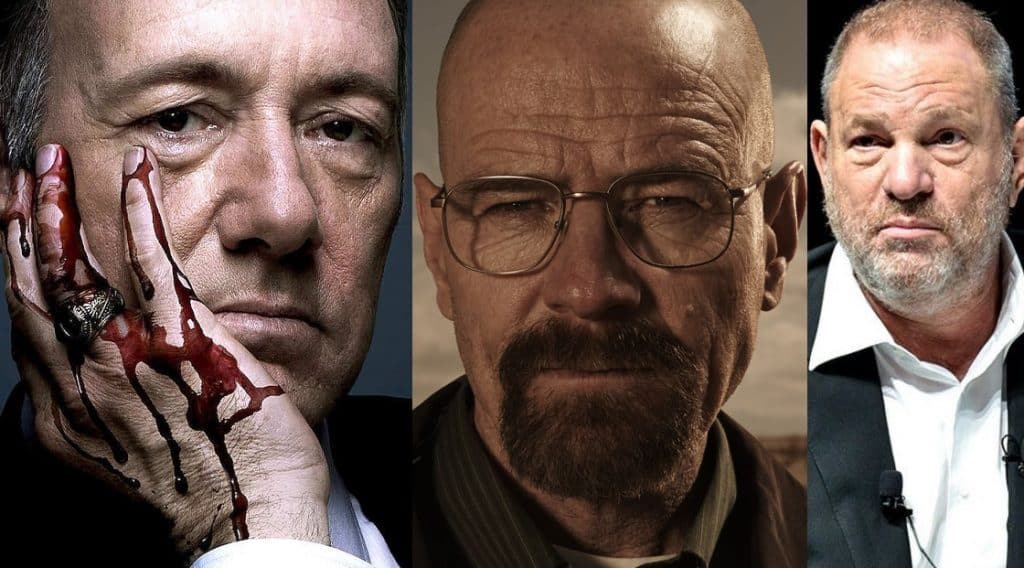 Disturbing sexual allegations have rocked Hollywood as of late, essentially ending the careers of former A-Listers in the industry, Harvey Weinstein and Kevin Spacey. Weinstein stands accused of sexual misconduct with almost 100 people, while Spacey just had his 15th accuser make a public statement.

Just a few days ago, actor Bryan Cranston had some pretty straight forward remarks about Spacey in an interview with BBC Newsbeat:

“He’s a phenomenal actor, but he’s not a very good person. His career now I think is over.”

“You know it has gone on. There’s a disorder among all those people who use their power, their place or their status in any industry to overpower someone and force someone to do something that they don’t want to do. It’s beyond disgusting. It’s almost animalistic.”

He apparently doesn’t seem to think Spacey’s career is over now, according to an interview with BBC today:

“It would take a society to forgive them and it would take tremendous contrition on their part – and a knowingness that they have a deeply rooted psychological and emotional problem and it takes years to mend that. If they were to show us that they put the work in and are truly sorry and making amends and not defending their actions but asking for forgiveness then maybe down the road there is room for that, maybe so.”

Kevin Spacey hasn’t released a statement since Anthony Rapp came forward initially with his story of sexual misconduct from Spacey. The only thing we’ve heard is that Spacey is said to be undergoing treatment – at the same facility Weinstein is staying at. Cranston isn’t the only actor with an opinion on Spacey, as Baby Driver co-star Jon Bernthal spoke out and had a much harsher assessment of the actor – saying he lost all respect for him:

“Going onto that set and working with him — I wasn’t there much and I wasn’t really in a situation to judge — but when I was there he really rubbed me the wrong way. I thought he was a bit of a bully… I didn’t really care for the way he was behaving toward some of the other people on set.”

A comeback from either of the two would be incredibly unexpected, and I can’t see it happening. Though, we are talking about the same industry that portrayed admitted child rapist Roman Polanski as a victim, so who knows?

Do you think Kevin Spacey or Harvey Weinstein could make a return? Be sure to tell us your thoughts in the comments.