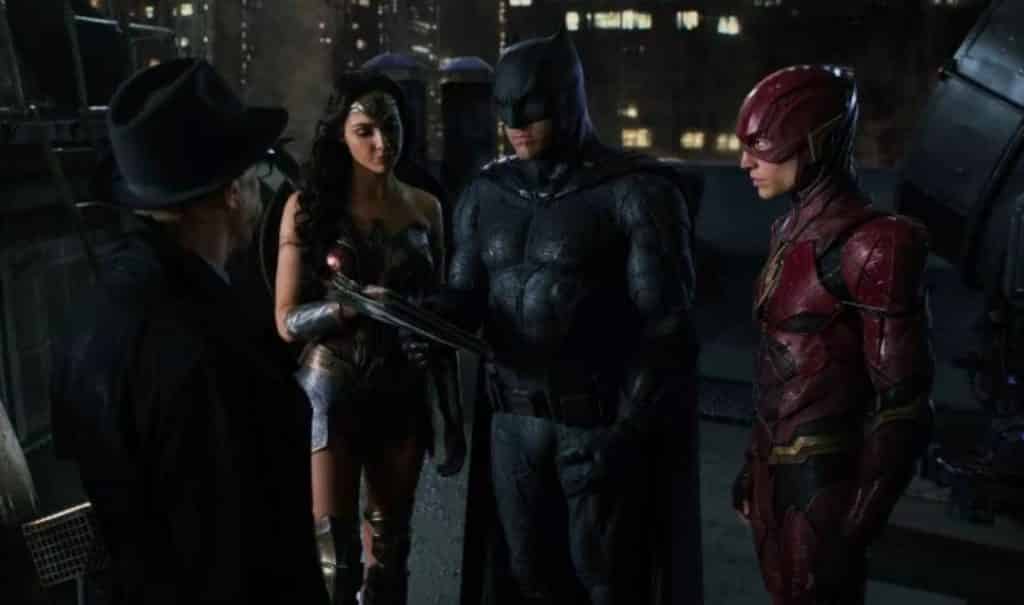 According to Box Office Mojo, Justice League will come in under initial projections and make $96 million domestically this weekend at the box office. Internationally, it’s estimated that the DC Comics superhero team-up movie will bring in over $185 million. Per the report:

Warner Bros. and DC Comics’ Justice League struggled compared to expectations as it failed to top $100 million over the course of its three-day weekend. Meanwhile, it was Lionsgate’s Wonder that captured audience attention, debuting with an excellent $27 million, topping Thor: Ragnarok for a second place finish, positioning itself well for the holiday weeks ahead. Additionally, A24’s Lady Bird continued its impressive run in limited release as it makes way for a nationwide debut over Thanksgiving weekend.

With an estimated $96 million, Justice League managed to top the weekend, but fell short of the low end of expectations. Despite bringing in $13 million from Thursday previews, which was $2 million more than Wonder Woman hauled in from preview screenings ahead of a $103.2 million debut, Justice League just couldn’t crack the century mark, delivering the lowest opening for any of the films in DC’s Extended Universe thus far.

Opening day audiences gave the film a “B+” CinemaScore and of that audience, 58% were male vs. 42% female and 69% were over the age of 25. It will be very interesting to see where the film goes from here as the four previous films in the DC Extended Universe have shown a variety of multipliers following their opening weekend. One might expect Justice League to follow patterns closer to the ~2.4x multipliers for Man of Steel* and Suicide Squad though, given the softer-than-expected opening, perhaps even closer to the 1.99x multiplier for Batman v Superman. In the end, we might be looking at a domestic run that could fall short of $200 million, though we’re anticipating a finish just a bit over, similar to Godzilla’s $200 million run in 2014 following its $93 million debut.

Internationally, the film brought in an estimated $185.5 million from 65 markets for a $281.5 million worldwide debut. This makes it one of the top twenty-five worldwide openings all-time and the twentieth ranked international opening over, besting the $185.1 million overseas opening from The Avengers, though it should be noted The Avengers debuted in only 39 markets during its opening weekend as international and worldwide opening comparisons are rarely apples-to-apples.

The film should still make a profit, but given the popularity of these DC Comics characters and Justice League in general, these are definitely some pretty disappointing numbers. I liked the film, but the terrible reviews from other critics most likely played a part in people deciding not to see it.

Rotten Tomatoes delayed the release of the overall score for the film, causing some controversy, though they’ve actually done that very same thing in the past with other movies (A Bad Mom’s Christmas, most recently). It should also be noted that we most likely won’t be getting a Zack Snyder Director’s Cut of the film, so the version we saw in theaters is the one we’ll get, minus a few leaked deleted scenes.

With news of Ben Affleck potentially departing the Batman role, things should have been better for DC fans on Justice League’s opening weekend. Here’s hoping everything turns out better than it ultimately looks for DC Films.

Are you surprised by Justice League’s opening weekend box office numbers? Be sure to tell us your thoughts in the comments!