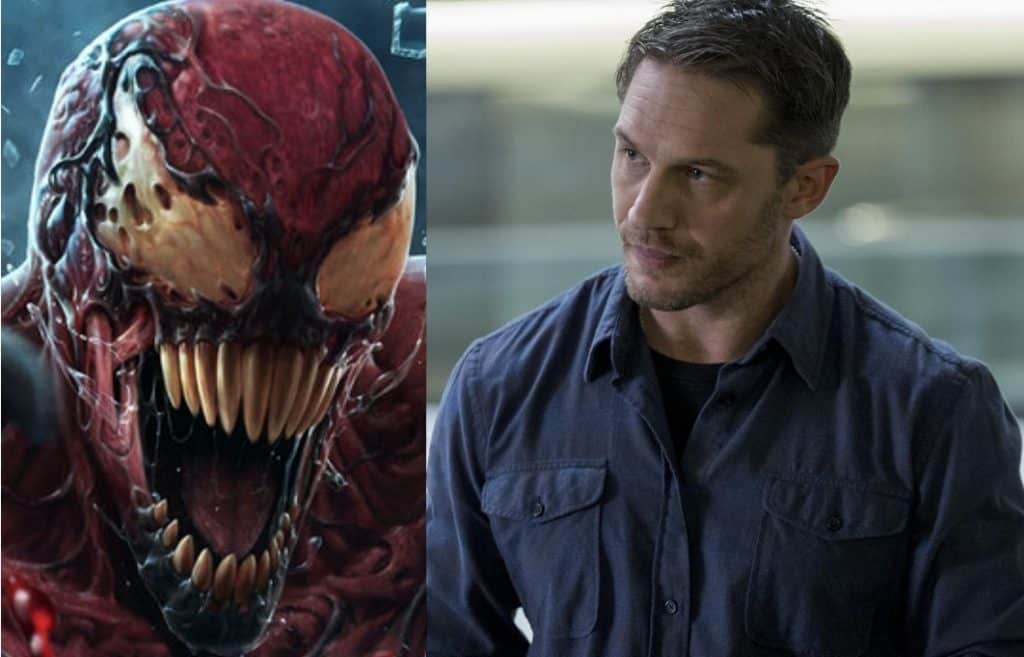 It’s been known for some time now that Carnage will be the villain in the upcoming Venom movie starring Tom Hardy. There hasn’t been many updates on the character or who will be playing him, though some have speculated that it could be Woody Harrelson. Interestingly enough, Hardy apparently recently posted this on his Instagram account, though it no longer appears:

It’s interesting, because I see most sites running with this story as “Did Tom Hardy just confirm Carnage For Venom?!” and things of that nature, when it’s been confirmed for quite some time that he will be the villain. A report published by THR back in June said:

“As for the expansion plans, Tom Hardy is starring in Venom, dated for Oct. 5, 2018, which will also feature the villain Carnage. A source says Holland is only contractually obligated to Spider-Man 2 and 3, but the intention is to bring him into the spinoffs and possibly other Marvel films (he is currently shooting Marvel’s Avengers: Infinity War).”

It’s a cool tease from Hardy (if he did in fact post it) but it’s not really anything new. There has been a new development, however, in that according to a new report, Tom Holland could appear in the film as Spider-Man. Now that would be surprising.

We also know that the film will follow the Lethal Protector storyline, which use Carnage and Spider-Man, so it’d be surprising if one of them weren’t in the film.

What do you think about this? Are you excited to finally see Carnage on the big screen? Be sure to tell us your thoughts in the comments!