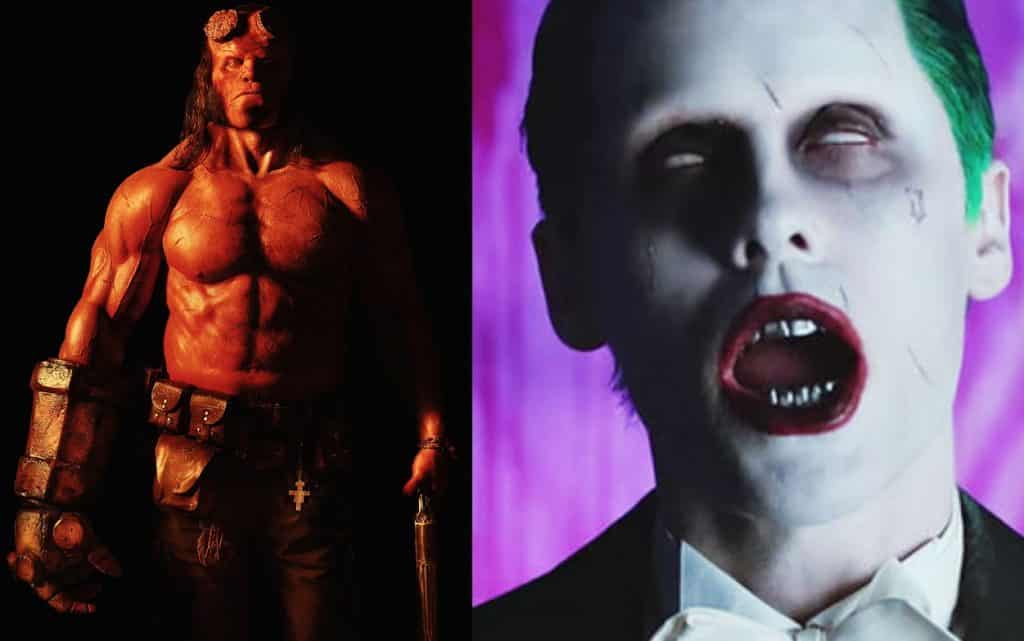 Let’s be honest, very few people actually liked Jared Leto’s Joker when he debuted in Suicide Squad back in 2016. That’s not to say he’s a bad actor, it’s just that his Joker was poorly characterized in so many ways. The tattoos, the dress sense, that weird snarl he did in the casino scene – so it should come as no surprise to you that Stranger Things actor, David Harbour, may also have disliked the DCEU incarnation of the classic villain.

Speaking to The Hollywood Reporter, the actor who is set to appear as Hellboy in next year’s reboot, was asked on the subject of passing torches seeing as he is taking over the role from the legendary Ron Perlman. Perlman portrayed the big red bad-ass in both Hellboy and it’s sequel, Hellboy: The Golden Army, as well as several animated sequels and video games. Answering the question, Harbour brought up the roles of Batman and The Joker, who have each been played by a variety of actors over the years. He explained.

It’s here that’s implied he is, as the kids like to say ‘Throwing Shade‘ on Mr. Leto, although he could just as easily be talking about Cesar Romero of course. It’s difficult to know if that is truly Harbour’s intention in this statement, but we do know that he must have seen the film at some point – given that he actually appeared in it, so you would have thought he would have remembered that Leto was The Joker in it. Then again, that wouldn’t make good clickbait now, would it? (If you are reading this, we thank you for your click!)

Hopefully we can see a much more traditional take on The Joker whenever he next appears on our screen so not only can Jared Leto do the role justice like we know he can, but maybe Mr. Harbour will consider him worthy to include amongst his peers. In the mean time, you can see if Harbour stacks up as the Prince of Hell when Hellboy: Rise of the Blood Queen hits theaters January 11th, 2019.

What do you think? Do you agree with Harbour’s view on Leto? Are you excited to see the actors take on Hellboy? Let us know below!