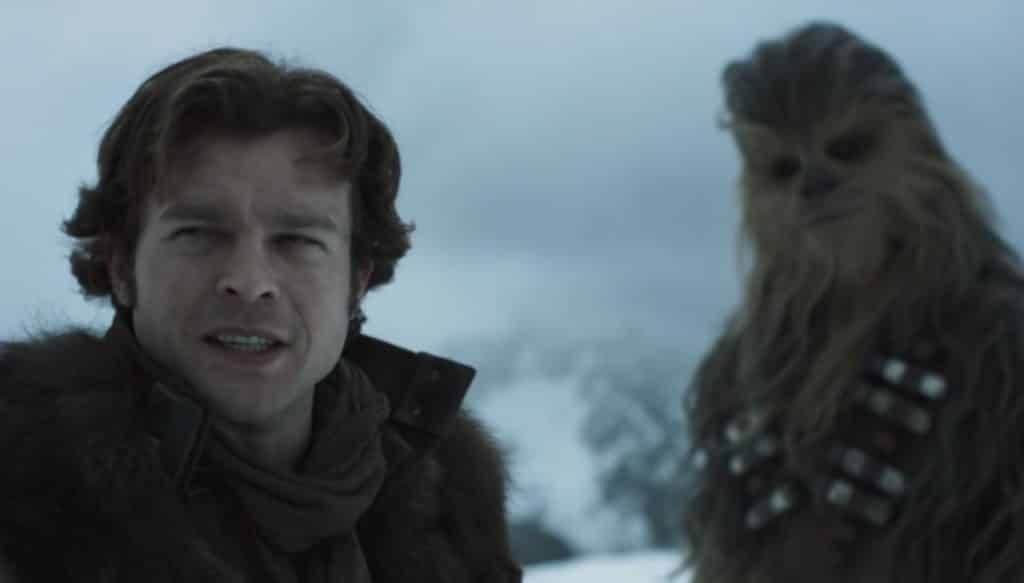 As always, there were a ton of awesome commercials during Super Bowl 52. (Personal favorites included Rapping Morgan Freeman and Dirty Dancing Eli Manning.) There were also several great trailers. Avengers: Infinity War and Jurassic World: Fallen Kingdom were the standouts. But another one generating a ton of buzz is Solo: A Star Wars Story.

A standalone film set in the Star Wars universe, it’s an origin film of sorts. A cocky young man claims that he’s not only going to become a pilot, he’s going to be the best in the galaxy. Of course, we know he’s eventually going to complete the Kessel Run in less than 12 parsecs. But right now, it’s all pipe dreams and bluster.

First, we got a Super Bowl 52 teaser:

Then we got a full trailer:

What I found interesting about this particular trailer is the fact that Solo almost seems overshadowed in his own film. I’m left much more interested in young Lando Calrissian, the early days of Chewbacca, and the acquisition of the Millenium Falcon than I am in Han Solo himself. I have a feeling that the character is going to take a backseat to his more fascinating counterparts.

The film was reported to have tons of problems during production. Not only were the directors replaced while filming, but poor editing and wooden acting by the lead were said to be glaring issues as well. An acting coach was brought in for Alden Ehrenreich, so hopefully that problem was eradicated – but Disney was said to be expecting the film to bomb.

It will be interesting to see how a Star Wars film fares without the presence of Darth Vader, Luke Skywalker, or any of the other plethora of iconic characters. Will Solo be enough to support his own film? Only time will tell.

Do you plan to see Solo: A Star Wars Story? Tell us what you think in the comments!