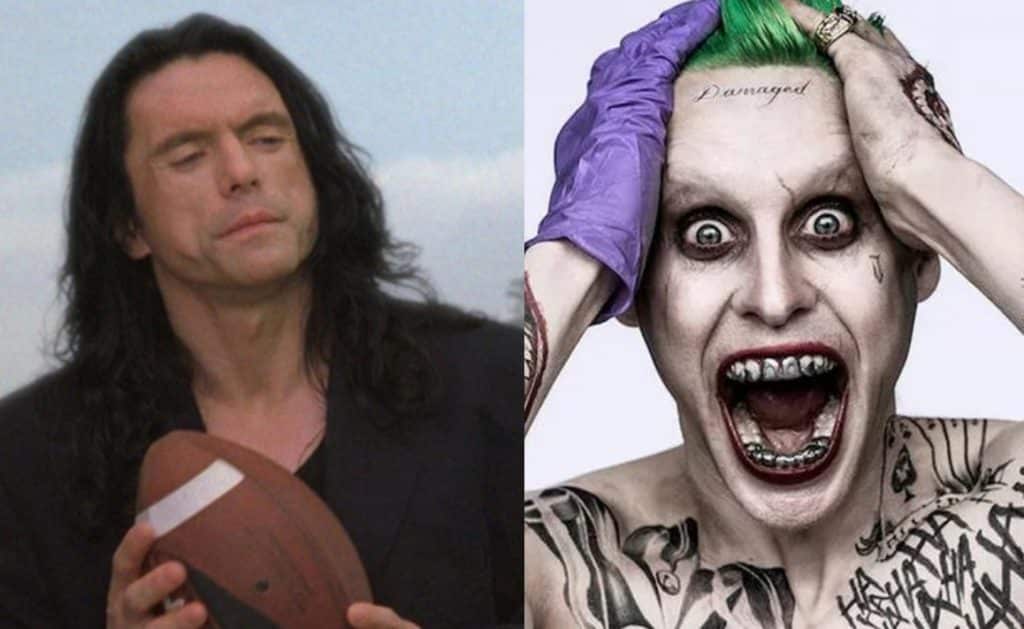 With the new Martin Scorsese Joker Origin Movie set to begin production May 1, 2018, rumors are soaring over who will play the infamous villain. The film will focus on how the comic book villain came to be the way he is. The closest thing we have to an origin story for Joker so far is Alan Moore’s The Killing Joke. Joaquin Phoenix has been rumored for the movie – but as he is now pushing on 44, playing an origin story seems to raise some logistical questions. Leonardo DiCaprio‘s name has been floating around too, but he has yet to receive an offer.

With that in mind, it’s got us here thinking about who we’d cast as our next joker. With such an memorable cast list having previously portrayed The Clown Prince of Crime, including Jack Nicholson, Heath Ledger and Jared Leto – it is going to be a hard role to fill.

American actor and filmmaker Tommy Wiseau has been brave enough to put his name forward for the role however. Wiseau found fame from the infamously terrible cult movie The Room – which was described by critics as the worst film ever made. The Room was recently chronicled by James Franco’s The Disaster Artist.

Wiseau has issued the following statement:

“I would tell you that I’m ready to play Joker, and people will have a little taste of it soon. But you know what I’m ready for anything. So at the end of the day if you have a part for me let me know. [Laughs] I am ready. So whatever you have from any comic book, then if you guys wanna put something together I’m ready to do it.”

When asked, Wiseau stated that he would play the character with ‘more emotion’ and passion than the previously cast Jared Leto.

“I love all the actors of the world, but I think the last Joker, what they presented to us as an audience, I as a director slash actor. I noticed doesn’t have enough emotion. You know? So, I would go with more emotion.”

Realistically, Wiseau’s dream of playing Joker, with Greg Sestero as his batman is pretty unlikely, but it is quite a thought of him dressed in the purple suit and white makeup shouting ‘YOU’RE TEARING ME APART HARLEY!’