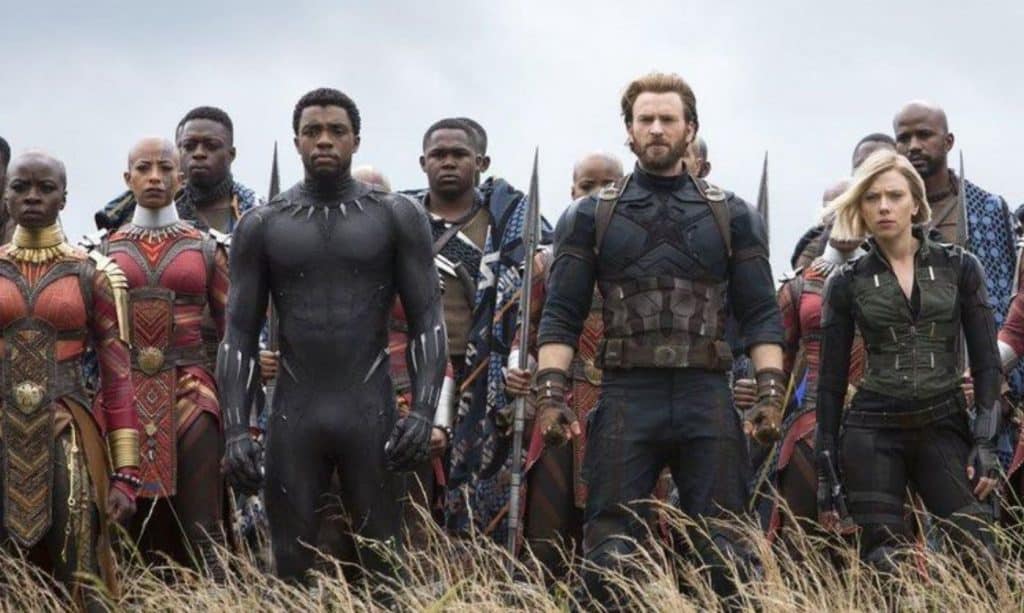 With Avengers: Infinity War hitting theaters April 27th they are pumping out the hype that they call marketing but we all know that a movie like this brings in fans with little to no help.  A behind the scenes video done by ET, has been released giving some commentary from cast members such as Scarlett Johansson, and Mark Ruffalo.

“No wonder I only have like four lines in the whole movie.”

Ruffalo, who plays The Hulk, jokes about his limited lines in the film but it is to be excepted when there is over 60 Marvel characters all coming to together to protect the universe.  It does beg the question how many characters are going to have limited screen time with all these stars jam packed into one film.

Scarlett Johansson (Black Widow) and Chris Evans (Captain America) are also seen joking about the new hair cut their co-superhero Thor (played by Chris Hemsworth) is sporting in the upcoming film.   The stars seem quite close, and for filming these movies for 10 years it would only seem right that they have some sort of friendship.  Anthony Mackie (Falcon) references that being on set at first is like the first day of school, and that at the end of the day tensions seem to flare.

“It is like the first day of school when you come back, and then by the end of the shoot you want to kill everybody.”

The ET clip released by TODO DOWNY JR UNIVERSE, does not show any new screen footage but does give a nice look into how these actors get along behind the scenes.  The chemistry they have seemed to form together should lead to one heck of a movie.  There’s just under 2 months to go before we get to witness Avengers: Infinity War for ourselves and put all these questions to rest once and for all.

Are you as excited as we are for this film?  What are your concerns?  Be sure to leave your comments below!