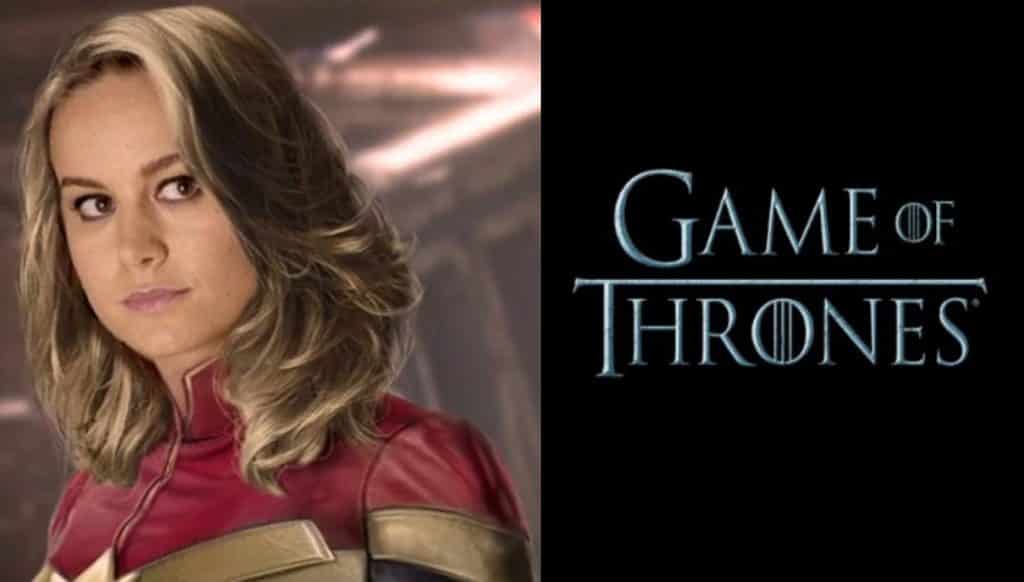 After that Infinity War bombshell ending, audiences are pretty darned desperate for Avengers 4 to hurry up and drop, so it can resolve the fates of some beloved Marvel characters. The much anticipated fourquel (is that a thing? If not, it is now…) won’t arrive on screens until May 2019 though, which means the next MCU film to land in cinemas will be the Captain Marvel movie in March. There’s still a hell of a lot that Marvel are keeping under wraps about the origin story of Carol Danvers, but details are slowly emerging about the movie through some familiar sources though, with IMDb revealing this week that Game of Thrones actor Chuku Modu is attached to the project in a mystery role.

Modu is a British actor, largely known for his work on television in the U.K, but American audiences will probably recognize him from his time on Game Of Thrones. He appeared in 3 episodes of Season 6 of the fantasy epic playing Dothraki warrior Aggo, an opponent of Daenerys Targaryen who is murdered by her lover Daario Naharis when he tries to apprehend her. It’s not known at this time whether he’ll be playing an ally of Danvers, or will be a member of her shapeshifting alien opponents, the Skrulls.

Despite principal photography on the movie having concluded last week, with star Brie Larson announcing the fact on her social media account, Modu’s mysterious character isn’t the only one still being kept firmly under wraps. Also appearing in the film, but with their roles still a secret at the time of writing this are Annette Bening (American Beauty), Robert Kazinsky (Pacific Rim), Colin Ford (Push), Lashana Lynch (Brotherhood) and Rune Temte (Fortitude).

In terms of the casting that we can confirm:

Taking a lead from the DCEU Wonder Woman movies, Marvel have elected to set the heroine’s backstory in the 1990’s. It’s a decision that has allowed them to bring back a number of established MCU characters. These include Phil Coulson (Clark Gregg), Ronan The Accuser (Lee Pace) and Korath (Djimon Honsou). Samuel L. Jackson will also be appearing as a young version of Nick Fury, de-aged using CGI and with both eyes, meaning we may get to see what he meant when he told Steve Rogers he lost his eye “the last time I trusted someone”

With a number of big comic conventions inbound, it’s highly likely that we won’t have to wait too long for the film’s first teaser trailer and a confirmed cast list to surface.