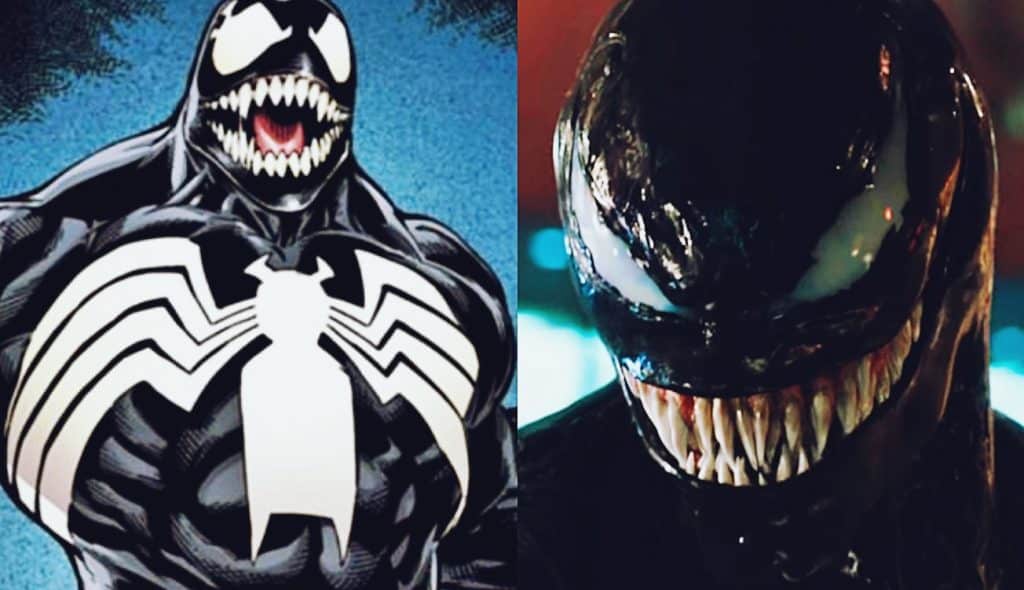 Venom movie news continues to come out of SDCC, which makes sense as it is the next big superhero flick to hit the theaters. We are less than 3 months away from its release and anticipation for the film is reaching a fever pitch. The Sony Panel had interviews, showed new footage and another trailer, and answered many questions while leaving many others. One definitive answer we got, after seeing the footage (and from the film’s director himself), is that Venom will not have his signature white spider emblem on his chest.

The director, Ruben Fleischer, confirmed as much, saying:

“If you look at the comics, in Venom, there is just elements of white within his suit. Because our character does not originate from Spider-Man, it makes no sense to put a spider on his chest. We tried to be as accurate as we possibly could, even though some people feel it’s inaccurate, but there is a lot of white and we wanted to give him a distinctive pattern.”

While many fans will not be happy about this omission, it does make sense from a story telling standpoint. Sony all but confirmed that the current iteration of Spider-Man will not be in this movie, which means Eddie Brock will be the first human the symbiote comes into partnership with, instead of first being joined with the Wall Crawler.

In the comics, the symbiote was quite scarred by being separated from the powerful Web Slinger and, once joining forces with a bitter Eddie who also disliked Spidey, it kept the white spider it had (from its time with Spider-Man) as a bit of a middle finger to its former host. 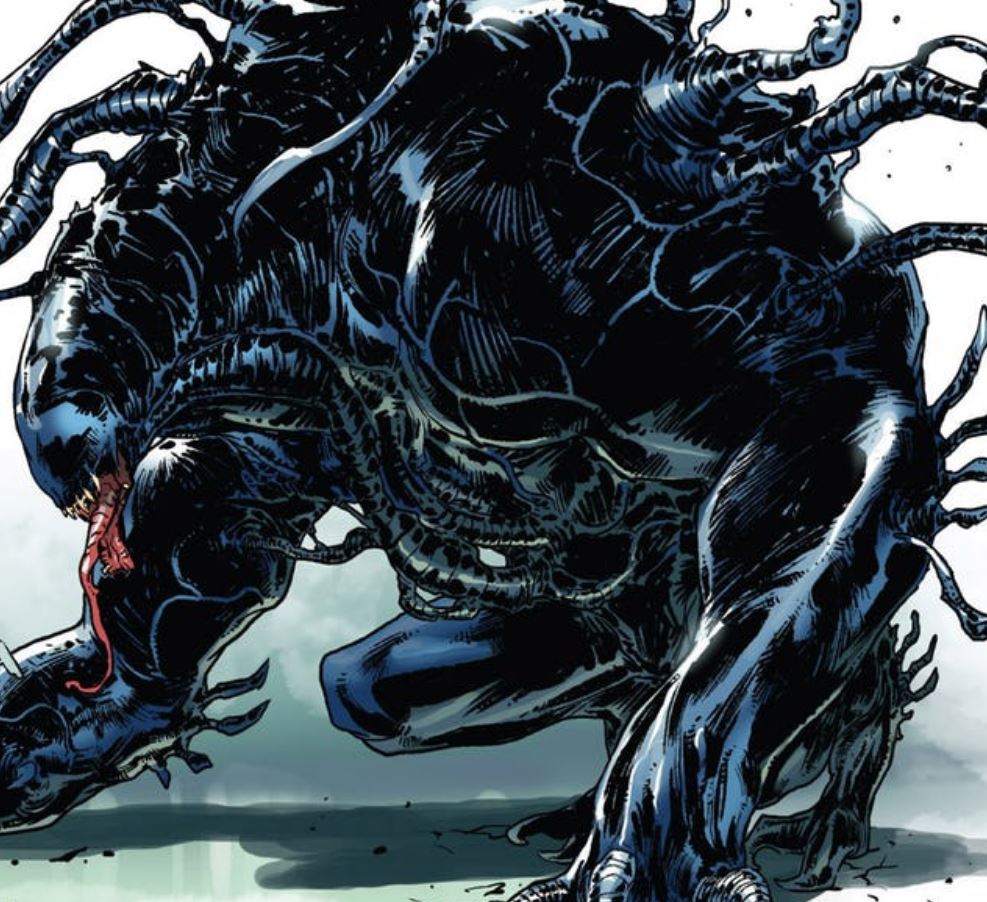 This film, however, has to go a different route. But this route is not without some comic roots. The Ultimate Universe Venom was also sans white spider emblem, and also used a more tendril approach rather than web swinging. Whilst this movie leans heavily on the Lethal Protector storyline, it also seems to be taking many visual and mannerism cues from the Ultimate Universe (which the MCU has done heavily as well, so Sony may be looking at that cue for guidance).

The other part of this is Venom’s aggression. His main aggression in the comics came from being scarred after being forcibly separated from Peter Parker. In this film, it looks to be that the symbiotes themselves are just an aggressive group of life forms with zero qualms with bloodshed.

Venom hits theaters this October, kicking off Sony’s Spider-Man film universe, which will also include Silver & Black and Morbius: The Living Vampire to start.

What do you think about Venom without his spider emblem? Let us know in the comments below!