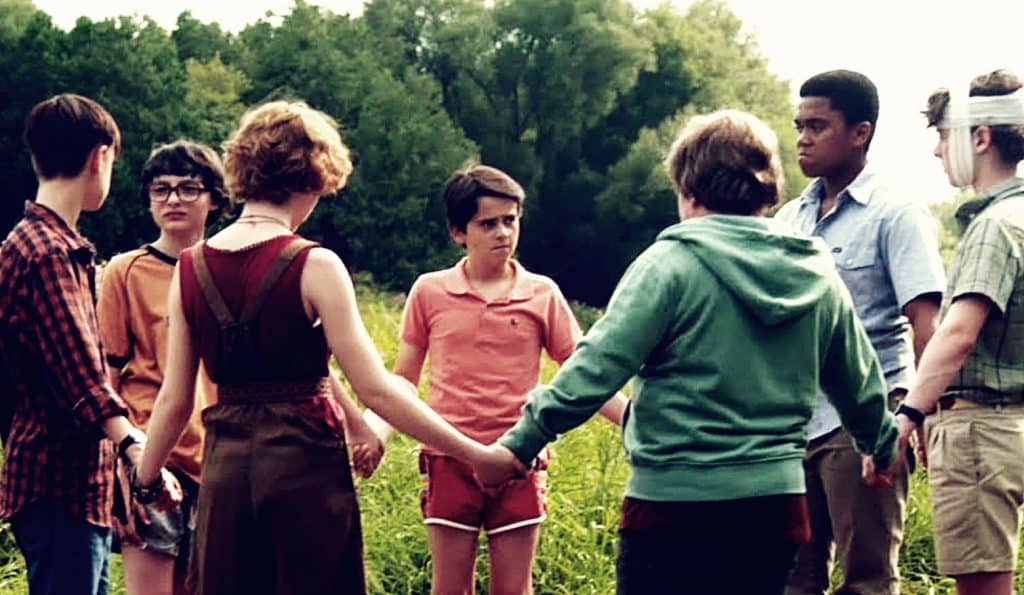 Andy Muschietti’s IT: Chapter 2 began production in June. Fans have been kept interested as multiple set photos have been shared and some scary footage debuted at San Diego Comic-Con. Now, in our most recent glimpse into the sequel, we have a photo of the adult Losers’ Club back together in Derry, and it’s pretty interesting to see the group back together again.

In the photo we can see six out of seven members of the Losers’ Club walking the streets of Derry. Andy Bean’s Stanley Uris is absent from the picture, and fans familiar with the story will know the reason for that.

The story, originally by Stephen King and adapted by Gary Dauberman, will follow the friends 27 years after the first movie. After receiving the news that Pennywise is back the Losers return to Derry to face the murderous clown once more.

Anticipation for this sequel is high following the success of IT: Chapter 1. The director has confirmed that we can expect a scarier and more intense movie than the first. I’m looking forward to see how they wrap up this version of the story.

What do you think of the adult cast? Are you looking forward to the sequel? Tell us your thoughts in the comments!