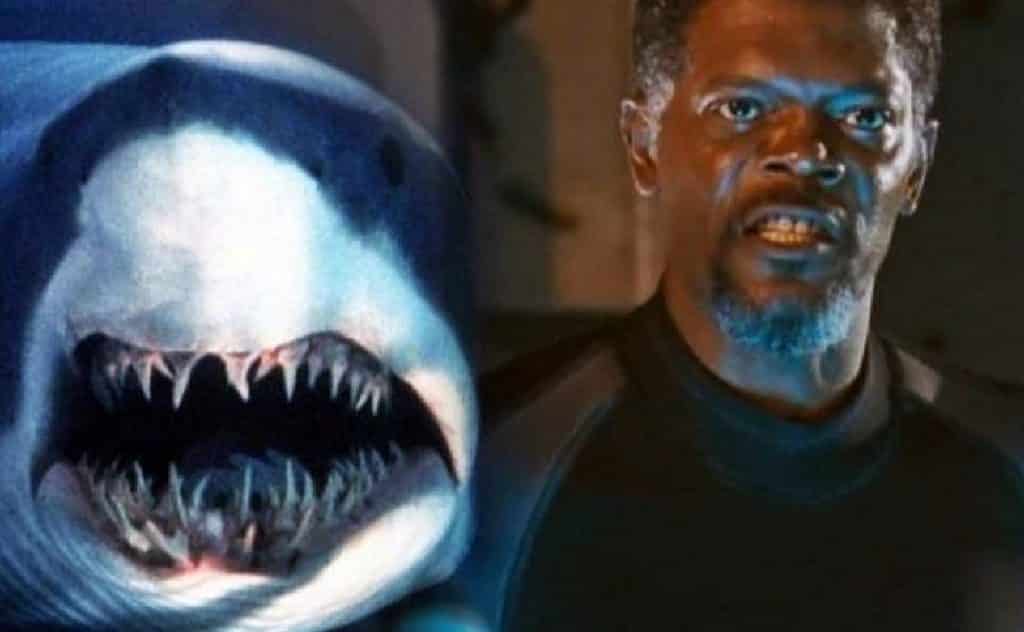 With the hype surrounding the release of The Meg starring Jason Statham, the spotlight has been on shark related movies recently. So, appropriately, the Screen Junkies YouTube channel has created a hilarious, honest trailer for the movie Deep Blue Sea. The film was released in 1999 and is a typical cheesy shark flick, only this time the sharks are smarter. You can watch the honest trailer below:

So essentially, Deep Blue Sea is a bad mash-up of Jaws and Jurassic Park right down to Samuel L. Jackson becoming lunch. If you haven’t seen the movie, it follows a group of scientists that are performing research on sharks to find a cure for Alzheimer’s disease. Upon the facility flooding it is revealed that the shark’s brains have been genetically engineered and made larger, which has also made them smarter. The story then follows the pursuit of the group that are trapped attempting to get out of the facility and protect themselves from the intelligent sea predators.

With a lot of shark centered movies aside from a select few, it is usually the absurdity of the movie that gets people talking. Although it is not as ridiculous as some, Deep Blue Sea is certainly no exception. Despite this it is an entertaining and enjoyable watch as long as you don’t go into it expecting too much. Saying that, this version of the trailer is also entertaining and will take up a lot less of your time.

Although reviews are looking pretty mixed for The Meg right now, I hope it will be an impressive story in comparison.

What do you think of the honest trailer? Do you like Deep Blue Sea? Let us know in the comments!