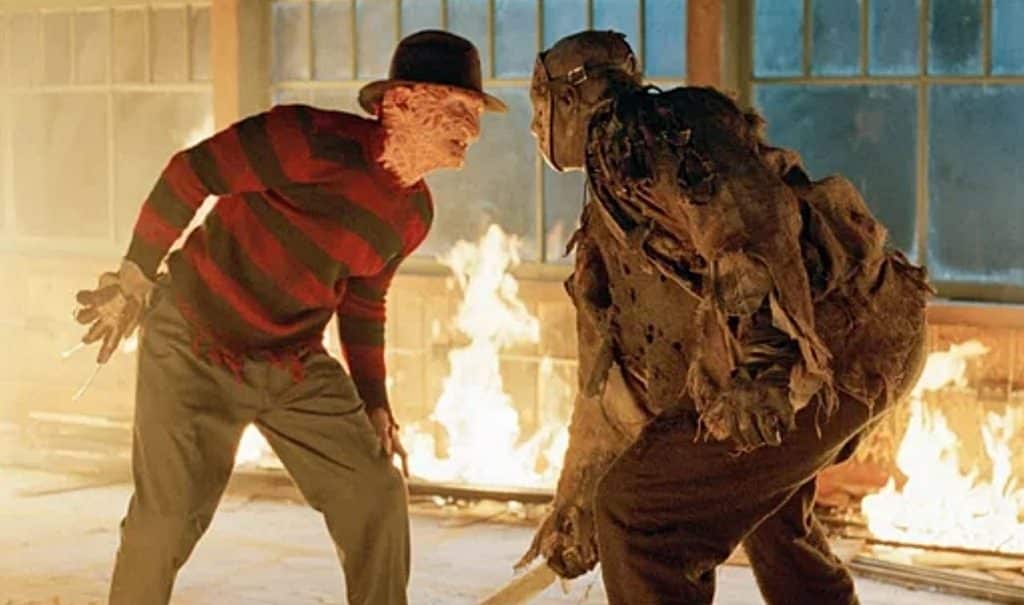 A Nightmare on Elm Street remains one of the most popular slasher franchises with fans despite it’s lack of new material or releases in recent years. The iconic and instantly recognizable Freddy Krueger is one of the most loved movie killers and it’s easy to understand why. Although they tried to remake it in 2010 it wasn’t a great success, and a good reason for that is arguably because the man behind Freddy wasn’t Robert Englund. Recently, an interview with the actor has been unearthed from the set of Freddy vs. Jason.

In a video unearthed by MovieWeb, the man behind the infamous Freddy Krueger engages in a candid interview. The discussion is twenty minutes of raw footage while the actor is getting his make-up on to transform into the character. One part of the video that stands out is near the beginning, the actor talks about the reason behind Kane Hodder not being cast for the role of Jason Voorhees in the movie. He said:

“When you see Ken, you’ll see the reason why [he was chosen]. He’s really, really tall. And that’s what Ronny…That’s why he did it. It was just a size thing, it had nothing to do with Kane’s worthiness. Ronnie just had it in his head that Jason had to be absolutely humungous. And Ronnie is the director. The decision rests with him. Kane is a stuntman. So, there’s nothing in this movie that Kane couldn’t do. It’s just the size. Simply size. Kane is bulkier. And Ken is just really, really tall. There is a certain exaggeration of the whole story. The whole movie is kicked up a bit. I think that’s how Ronnie sees it. It’s a little larger than life.”

Kane Hodder says he was given a script, had a meeting with New Line and was told he had the role – only to find out he was replaced later on, something that really frustrated the actor.

For fans of the Nightmare on Elm Street franchise, the whole interview is definitely worth a watch. The actor also discusses ideas that he proposed for the third installment of the franchise. You can watch the interview from the set of Freddy vs. Jason below:

Do you think it was the right decision to leave Kane Hodder out of the movie? Let us know in the comments!