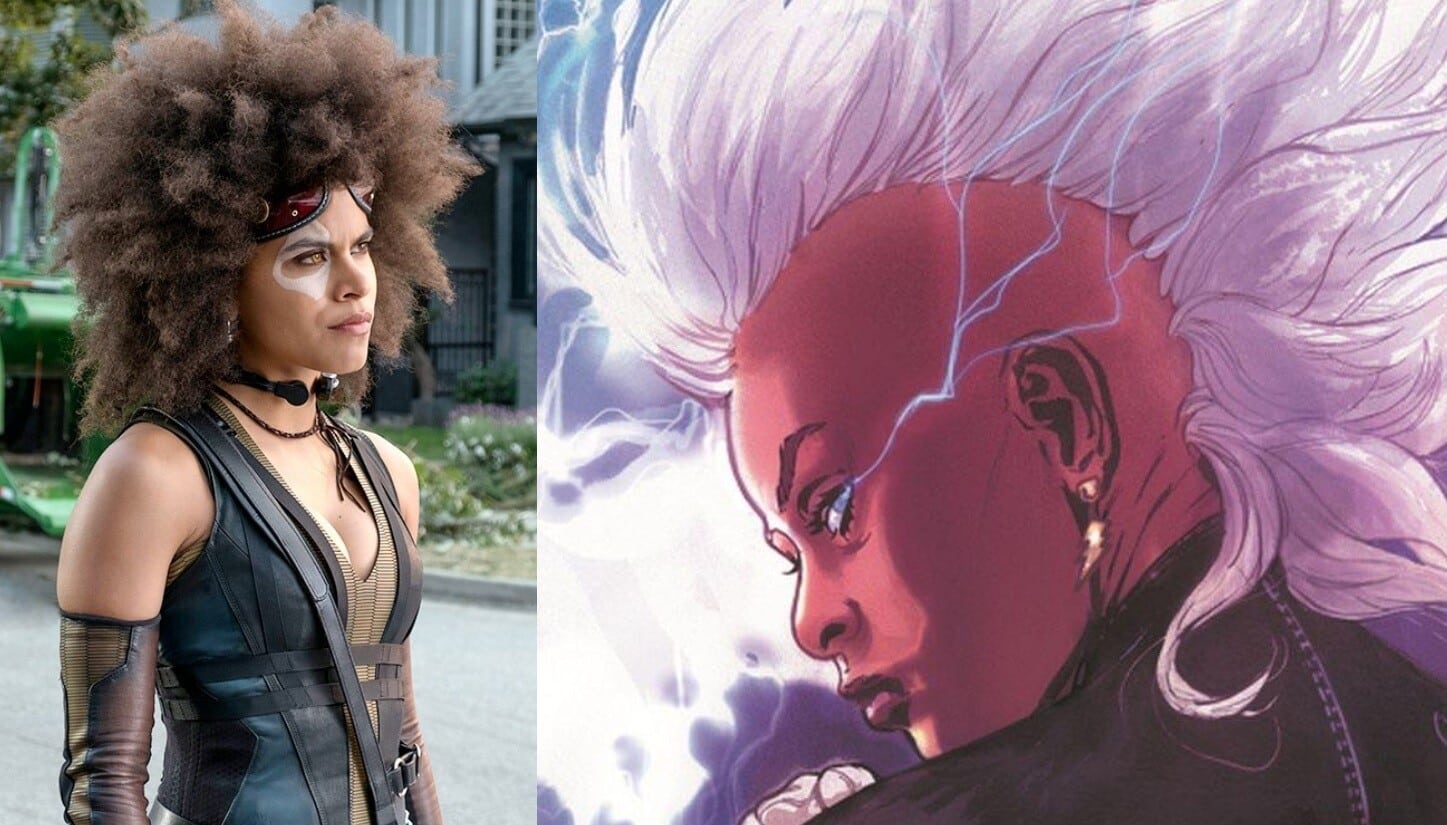 Marvel Studios has the next phase laid out for the MCU. Those will mostly include further stories from characters we know and love. Being around since Iron Man 2, Black Widow will finally have a solo movie. Hawkeye, Loki, and Scarlet Witch will be getting their own shows. And Doctor Strange, Thor, and Spider-Man will each have another installment. The only new franchises we’ll see are Eternals and Shang-Chi. Phase Five might be where we’ll see the new blood. No pun intended, but there will be a new Blade. Also, there are all those characters that Disney received with the Fox acquisition. Therefore, fans are quick to pick out who they want to play the MCU’s X-Men and Fantastic Four. One such character is Storm. What do you think of Zazie Beetz for the weather goddess?

ScreenGeek attended a special Variety event  in which our very own Mark Salcido and Kelsey Loiselle interviewed the rising stars of Hollywood. In an exclusive interview with the Deadpool 2 and Joker actress, Beetz was reminded about her audition for Storm. Obviously, the role went to Alexandra Shipp instead. But since the role might open back up with the Disney FOX purchase, we asked if she would be interested in still playing the character.

Beetz just played Sophie Dumond in Joker. That was the DC she was talking about. She was also Domino in Deadpool 2. Disney is moving ahead with Deadpool 3 with Ryan Reynolds returning. However, it is unknown yet who else will return from Fox’s other Deadpool installments. But even if she does, keep in mind that the MCU will introduce the multiverse here soon. It was teased in Spider-Man: Far From Home. But we will actually get to see these parallel universes in perhaps WandaVision, and definitely, Doctor Strange in the Multiverse of Madness. Also, there’s the task of carrying Tom Holland’s Spidey over to Venom’s world. Therefore, it’s quite possible for Beetz to play both Domino and Storm.

Hopefully, Phase Five will include an X-Men movie. Even before that, we might see the seeds for these mutants. There’s rumor that Eternals might set them up. Scarlet Witch was a mutant in the comics. And Magneto was her dad. Maybe we’ll see something in WandaVision. There is a rumored Hulk vs. Wolverine movie. And Black Panther II has been announced for May 6th, 2022. Comic readers will remember that Storm was a love interest for T’Challa. So Beetz could very well be cast for the upcoming sequel.

Beetz is definitely up for it. Her star-power is rising with Joker. And before that, in Deadpool 2 and Atlanta, she has proved her acting chops. If she does audition for the role again, the casting directors would certainly see her impressive resume.

What do you think of Zazie Beetz as Storm? Let us know in the comments below!