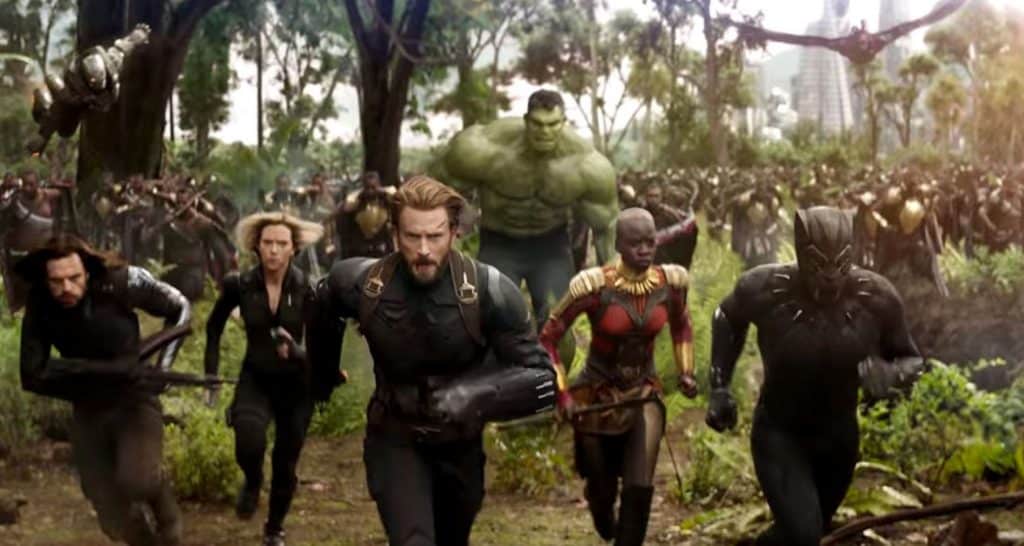 A number of questions have been raised after the release of the first Avengers: Infinity War trailer yesterday. Some wondered why Thanos no longer has his armor, and some wondered where Hawkeye was. There’s also the matter of that footage that was released at San Diego Comic Con.

The trailer we were given yesterday has some noticeable differences from the SDCC footage, per the description, which we have for you below:

Infinity War trailer opened with the Asgardian being flung against the windshield of the Milano, the ship commanded by Star-Lord (Chris Pratt) from Guardians of the Galaxy. “Get it off!” shouts Rocket (voiced by Bradley Cooper), as though a particularly ugly bug had been smushed there.

There was also some leaked footage this past Sunday, but it was quickly taken down. It’s obvious that this will be the darkest Marvel Cinematic Universe film to date, and the most anticipated.

Infinity War’s new synopsis: An unprecedented cinematic journey ten years in the making and spanning the entire Marvel Cinematic Universe, Marvel Studios’ “Avengers: Infinity War” brings to the screen the ultimate, deadliest showdown of all time. The Avengers and their Super Hero allies must be willing to sacrifice all in an attempt to defeat the powerful Thanos before his blitz of devastation and ruin puts an end to the universe.

What’d you think of the Infinity War trailer? Be sure to tell us all of your thoughts in the comment section!