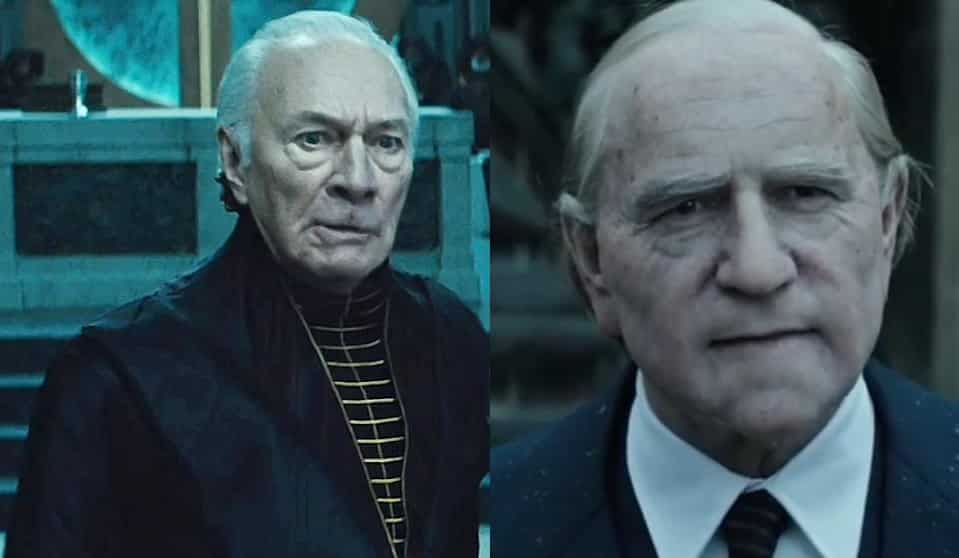 After actor Anthony Rapp did an interview in which he accused Kevin Spacey of sexual misconduct when Rapp was just 14, Spacey released a statement in which he didn’t deny or admit guilt to the accusations. Heavy backlash ensued, (he also used the statement to come out as gay) and Spacey was eventually fired from House of Cards, and then replaced entirely by Christopher Plummer as John Paul Getty in All the Money in the World.

In a new interview with Vanity Fair, Plummer describes the whole situation as “sad”:

“I think it’s very sad what happened to him. Kevin is such a talented and a terrifically gifted actor, and it’s so sad. It’s such a shame. That’s all I can say, because that’s it.”

“It’s really not replacing him [Spacey]—it’s starting all over again. Although the situation is very sad. I’m very saddened by what happened to Kevin, but what can I do? I’ve got a role. I admire Ridley Scott and I’m thrilled to be making a movie for him. And so I thought, that was it. Ages ago I was in contention for [the role], way back. So I was familiar with it, and then Ridley came to me and I agreed. I wanted to work with him. He’s very good. I loved the script. The script is wonderful.”

The actor also confirmed that some scenes will actually include Mark Wahlberg and Michelle Williams:

“They stayed and agreed to do it all over again. It’s remarkable. All of this is remarkable.”

As far as Kevin Spacey’s career is concerned, it’s all but over. Though, actor Bryan Cranston’s recent comments show that he seems to believe that there’s still a chance Spacey (and producer Harvey Weinstein) could resurface in Hollywood one day:

“It would take a society to forgive them and it would take tremendous contrition on their part – and a knowingness that they have a deeply rooted psychological and emotional problem and it takes years to mend that. If they were to show us that they put the work in and are truly sorry and making amends and not defending their actions but asking for forgiveness then maybe down the road there is room for that, maybe so.”

Other actors weren’t as positive, as his Baby Driver co-star Jon Bernthal said he lost all respect for Spacey:

“Going onto that set and working with him — I wasn’t there much and I wasn’t really in a situation to judge — but when I was there he really rubbed me the wrong way,” he said. “I thought he was a bit of a bully… I didn’t really care for the way he was behaving toward some of the other people on set.”

Bernthal went on to say:

With all of the various disturbing allegations against Kevin Spacey, it would be hard to see him ever making a comeback in Hollywood. The same goes for Harvey Weinstein. However, this is an industry that notably portrayed Roman Polanski as a victim, after he admitted to drugging and raping a 13-year-old girl.

At the moment, there has only been a brief statement from Spacey’s rep saying that he is currently undergoing treatment.

Continue Reading
You may also like...
Related Topics:All The Money In The World, Christopher Plummer, Kevin Spacey