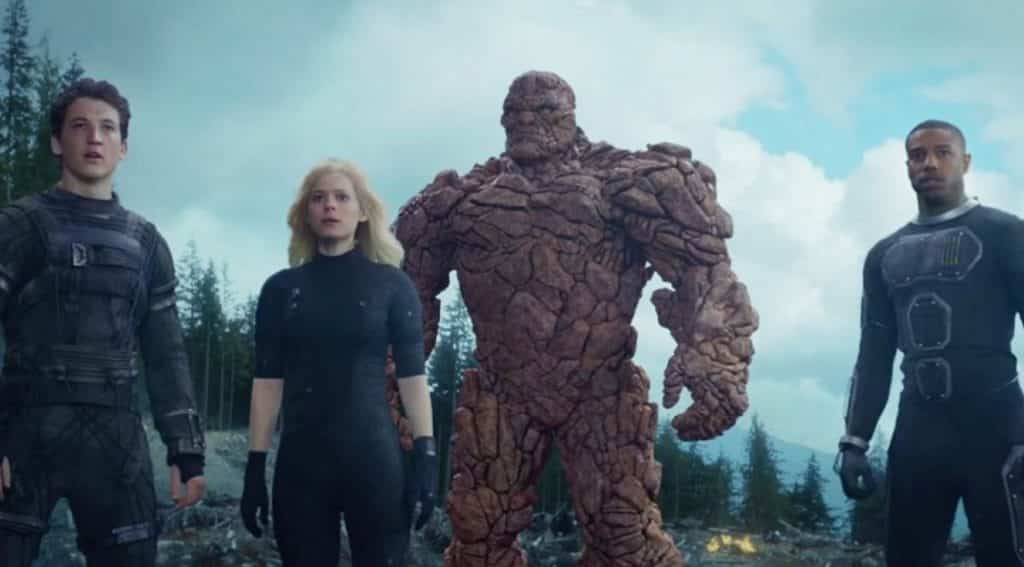 Fans of the Fantastic Four have been continually displeased with the team’s on-screen depiction, and its hard to blame them. The Roger Corman Fantastic Four film was far too cheesy and cheap to make much of an impact, while the Tim Story Fantastic Four films had some woeful casting and terrible writing. I will admit, The Rise of Silver Surfer is not half-bad, but maybe that’s for another day.

Out of all the Fantastic Four adaptations, none received as harsh of backlash as the 2015 reboot. Despite featuring a promising cast and a talented director in Chronicle’s Josh Trank, the film was a huge bomb both critically and financially. The film scored a mere 9% on Rotten Tomatoes and couldn’t even make half of its budget back domestically. The sad part is that was only half the drama.

Everyone by now has heard of Josh Trank’s infamous tweet, which essentially blackballed the movie even before the movie was released. For those who haven’t seen it, here’s a look: 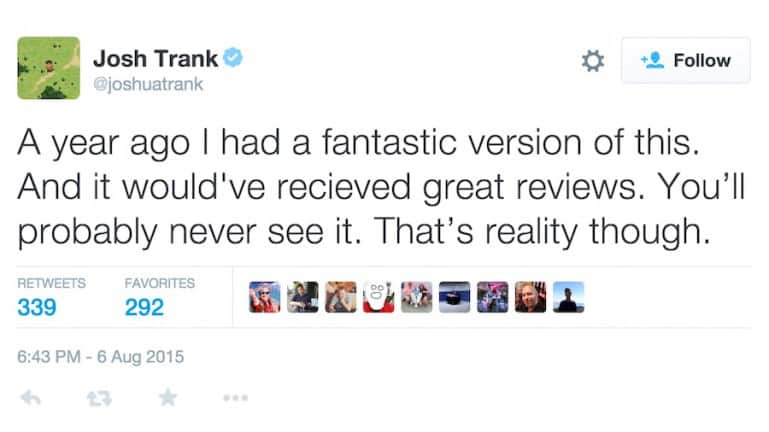 Yeah that’s pretty rough, so what reason is there to actually defend the movie? I certainly wouldn’t say Fantastic Four is a good movie, more so a half good movie, one that deserves a lot more credit for trying to do something unique with the Fantastic Four brand.

To be honest, I would say the first 50 minutes or so of the movie, while flawed, is fairly successful. Josh Trank brings these characters to life in a more grounded universe, spending more time on giving these characters some much-deserved backstory. It certainly helps that the new Fantastic Four are all well-cast, with Miles Teller, Kate Mara, Michael B Jordan, and Jaime Bell all doing a relatively solid job. Teller embodies the geeky persona of Reed Richards to a tee, and I enjoyed his chemistry with Mara’s Sue Storm.

I know there was a lot of controversy around the Jordan casting as The Human Torch, but that controversy never made much sense to me. He is a wonderfully charismatic actor, and while I wish he had more screen time (along with Jaime Bell’s Thing), he makes the most out of what’s on the page.

Throughout most of this opening half, much of the run time is spent on the team doing some actual science, something we rarely get to see from these characters in film. I thoroughly enjoyed the team’s interactions, and I felt their bond together as they continued to work on the project. Small moments like when Reed and Johnny awkward shaky hands add some fun textures to their dynamic. I also like that these characters are written as humans, driven by their ambition while not always thinking about the consequences of those decisions.

Visually, this film is able to pull of some impressive feats. I love how Trank and company make our heroes transformation more akin to a horror film rather than a typical superhero film because it feels a lot more grounded. I know for sure if I woke up as a giant rock monster I would be pretty scared too. The scene in which they return to Earth deformed is surprisingly powerful, as we feel the pain and suffering of these characters.

The Dr. Doom breakout scene is perhaps the film’s best moment, as its the first time a Fantastic Four film truly displays the power of the infamous villain. Watching him explode the heads of countless bodyguards is chilling, with Trank showing Doom as a rival with some real power.

It’s a shame however that the film’s second-half is an utter trainwreck, as its an apparent mix between Trank’s original vision and some studio meddling. The pace is completely halted, with the film for the remainder of its 100 minute running time floating from moment to moment with no momentum. It jumps around so much in time that it become jarring to watch, as it suddenly goes from the team behind changed to suddenly working for the military.

Perhaps the worst sin of all is that almost nothing happens. Much of the final half is spent watching the team using their powers in training while arguing about their new abilities. It looses the defined tone and interesting dynamics of the characters, instead opting for generic melodrama straight out of a bad TV movie.

It all just kind of sputters until Dr. Doom breaks out and leads to the final climax, which is laughably lackluster and anti-climatic. I remember when I originally saw the film, I decided to go to the bathroom before the set piece started, but ended up missing the whole moment in the two minutes I was gone. There is no build up to any of this, and while I appreciate that the movie doesn’t over-do it with a bombastic set piece, it just feels incredibly forced.

A pervasive problem throughout the film is the dialogue, which is a mix of melodrama and cringe-inducing puns. I don’t know which of the credited four writers decided to add Fantastic Four puns in, but whoever it is should be ashamed. Hearing Ben’s older brother saying “it’s clobbering time” right before he beats up Ben is dumb on so many different levels. This happens a solid 5-6 times throughout the movie and every time its painful to sit through.

People who completely dismiss Fantastic Four have every right to, because its a mess of a movie. However, there are aspects of this film I appreciate dearly, as Josh Trank’s real-world approach to its characters and superhero concept is unique in a world cluttered with fantastical heroes. People say that Trank’s vision does not fit the characters in the comics, but I am all for adaptations changing our preconceived notion of who these characters are. It’s a shame that he has been blackballed by the industry for this film and his comments, as I find both this film and Chronicle to prove himself as a talented director.

What’s clear is that Trank’s vision, while imperfect, was not able to be seen through completely. After hearing many DC fans beg for a director’s cut for Justice League, part of me wonders why no one has asked the same for this intriguing mess of a movie. Love it or hate it, there is some to appreciate about Fantastic Four, a film that makes an earnest effort to stand out among the growing crowd of superhero films.